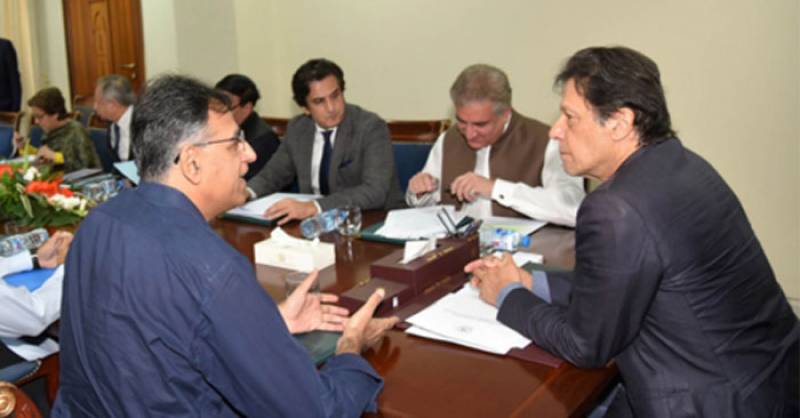 ISLAMABAD – Finance Minister Asad Umar on Wednesday hinted at introducing another ‘mini-budget’ to address the economic challenges faced by Pakistan.

The Pakistan Tehreek-e-Insaf (PTI) government was mulling over bringing another supplementary budget in January 2019 but no final decision has been made as yet, the minister said during a briefing to the Senate Standing Committee on Finance.

If a supplementary or ‘mini’ budget, which aims to cut planned development spending and increase taxes for higher earners, is announced next month, it would be the second such budget introduced by the Imran Khan government since the cricketer-turned-politician was voted into power in the July 28 general elections.

The first budgetary exercise of the new political administration in Islamabad – though primarily a supplement to the ...

“An increase in taxes had been proposed but the government could consider decreasing taxes in order to boost the economy,” Asad was quoted by Geo News as telling the Senate committee.

He further said, “The government has decided to supply gas to exporters at $6.5 per MMBTU and electricity at 7.5 cents per unit,” adding that a notification would soon be issued in this regard.

“The government has also decided to issue bonds for tax refunds,” he added.

Among the key proposals in the Finance Supplementary (Amendment) Bill 2018, presented in the National Assembly in September, were withdrawal of the government’s decision to increase petroleum development levy; Rs5 billion relief to the export industry; increase in minimum pension to Rs10,000; increase in duty on expensive mobile phones; duty on 1800cc and above vehicles at 20 per cent; increase in WHT on banking transactions for non-filers to 0.6 per cent; and introduction of health cards.