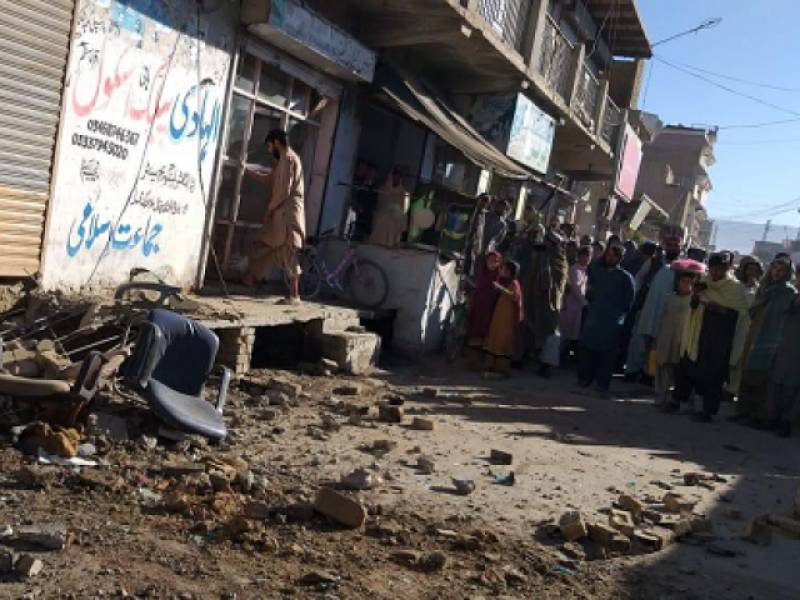 QUETTA — At least three persons including a tribal leader were injured in an explosion at Boghara Road near Chaman area of Killa Abdullah district on Wednesday morning.

According to police sources, unknown men had planted an explosive device near Vegetable Market at Boghara Road which went off.

As a result, tribal leader Haji Bahwal Khan among three got injured and the nearby vehicles and shops were also affected in a powerful blast.

The injured were shifted to nearby hospital for medical aid; Police and law enforcement agencies reached the site and cordoned off the entire area.

Last Month, at least nine people were injured when a bomb planted in the Mehrab of Jamia Mosque in Chaman area of Killa Abdullah district blasted.

QUETTA - At least nine worshippers were injured when a bomb planted in the Mehrab of Jamia Mosque in Chaman area of ...

According to police sources, the blast occurred when the people were offering Maghrib (evening) prayer.

The prayer leader (imam or khateeb) of the mosque was among those were rushed to Civil Hospital Chaman for medical treatment.

The mosque is located on Taj Road in Chaman, which lies near the Pakistan-Afghanistan border.