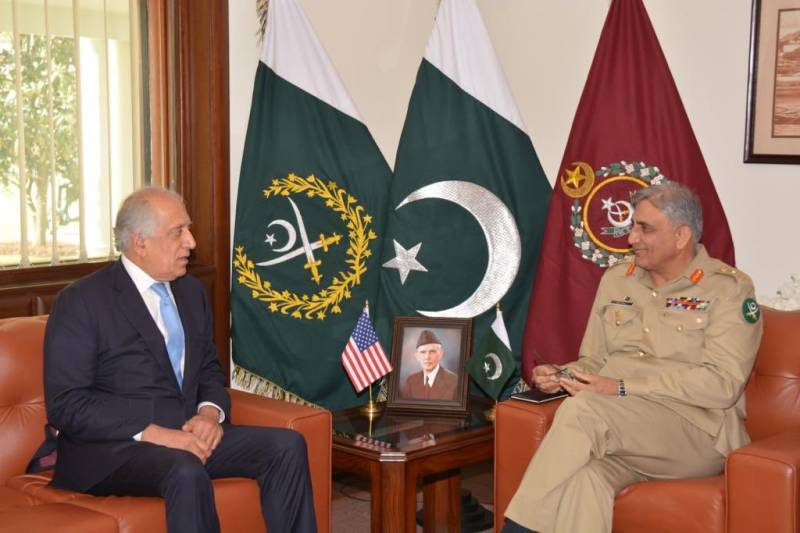 The COAS reiterated that peace in Afghanistan was important for Pakistan and assured continued efforts for bringing peace and stability in the region.

The development comes two days after Pakistan had arranged crucial peace talks between the United States and Afghan Taliban in the United Arab Emirates (UAE) – in a latest push to end the 17-year-long conflict in Afghanistan.

Representatives from Pakistan, Saudi Arabia, and the UAE also attended the talks.

ISLAMABAD — A Pakistan-arranged meeting between US and Taliban officials will be held today in the United Arab ...

Earlier this month, the US envoy had also met Prime Minister Imran Khan and given US President Donald Trump’s message of seeking Pakistan’s support for a peaceful resolution to the Afghan conflict.