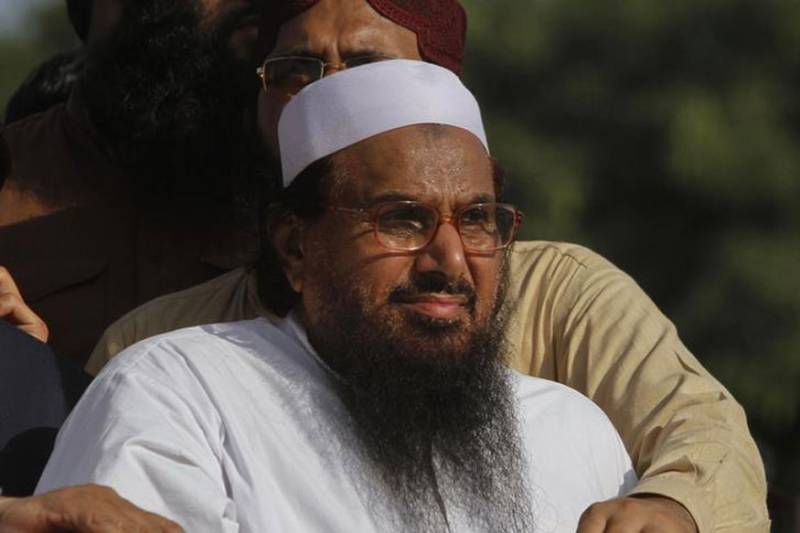 WASHINGTON - The United States on Friday reiterated its call to Pakistan for prosecuting Jamat-ud-Dawaa chief Hafiz Saeed, accused by India of plotting 2008 Mumbai attack, "to the fullest extent of the law".

US Departmet of State spokesperson Heather Nauert stated this while talking to reporters, days after President Donald Trump's administration announced to withhold  military aid of 1.1 billion US dollars. The aid was halted after Trump accused Pakistan of making the US fool.

Nauert said, "We believe that he should be prosecuted to the fullest extent of the law. He is listed by the UNSC 1267, the Al-Qaida Sanctions Committee for targeted sanctions due to his affiliation with Lashkar-e-Taiba, which is a designated foreign terror organisation".

"We have made our points and concerns to the Pakistani government very clear. We believe that this individual should be prosecuted," Nauert asserted.

"We regard him as a terrorist, a part of a foreign terrorist organisation. He was the mastermind, we believe, of the 2008 Mumbai attacks which killed many people, including Americans as well," she said.

In November 2017, Pakistani authorities released Saeed from house arrest. He had been detained under Section 11-EEE(1) of the Anti-Terrorism Act, 1977 on January 31.

Saeed has been accused by the United States and India of masterminding the 2008 attacks on the Indian financial hub Mumbai that left 166 people dead. He, however, has repeatedly denied involvement in the 2008 Mumbai attacks