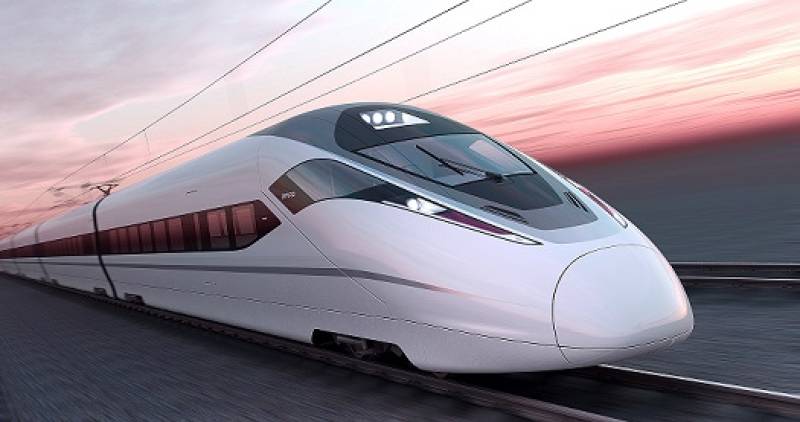 ISLAMABAD – The workers of the recently launched special economic zone (SEZ)-Allama Iqbal Industrial City in Faisalabad will have a special shuttle train service which would run between various nearby areas and the industrial city.

The service is part of providing maximum facilities to the people working in industries of the SEZ, an official of FIEDMC told APP.

He said the FIEDMC had completed the initial negotiation with the Pakistan Railway to start a shuttle train for laborers and employees who travel from different parts of the city to reach special economic zones.

It has been decided that the FIEDMC will bear the expenditures of buying train for this service whereas Pakistan Railways will lay the railway track at its own expenses, the official added.

He informed that under this project four or five new railway stations would also be constructed for the laborers and employees of Allama Iqbal Industrial City, M-3 Industrial City and Value Addition City.

Meanwhile, he added that FIEDMC had also planned to construct a state of the art hospital having capacity of 500 beds for the medical treatment of laborers and employees of economic zones and besides this, a labor colony with all civic facilities would also be constructed to fulfill the need of labor class.

In this regard, around 10,000 residential units would be constructed at the initial stage. This project would be completed in four phases with the collaboration of Naya Pakisan Housing Scheme. Later on, a mosque will also be built which will be a master piece of Islamic architecture, he added.

After successful venture of M-3 Industrial City and Value Addition City under FIEDMC, Allama Iqbal Industrial City, a prioritized Special Economic Zone has turned a centre of attraction for investors across the globe.

Approximately, more than Rs 357 billion has been invested here and all investors will enjoy a 10 years tax holiday and plants, machinery, raw material and other equipment will be imported duty-free.