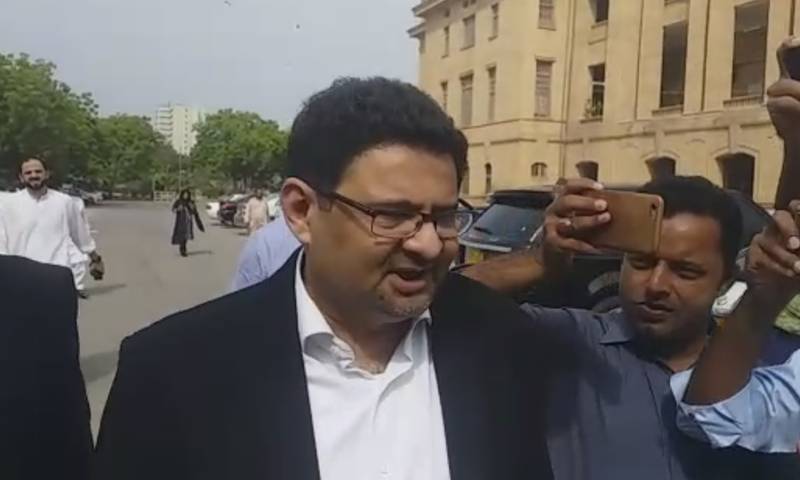 The court heard the petition submitted by Miftah Ismail for pre-arrest bail against his arrest warrant issued by National Accountability Bureau.

Earlier in the day, Ismail submitted a bail application at the SHC seeking protective bail. The former minister maintained that the case was based in Islamabad and requested protective bail so that he could contact the relevant court.

Ismail was accompanied by the former managing director of Pakistan State Oil (PSO) Sheikh Imran-ul-Haque who is accused of causing a loss of over Rs20 billion to the state-owned petroleum giant.

While accepting his application for bail, the SHC also asked both of them to submit a surety bond of Rs500,000 each.

A day earlier, NAB Chairman Justice (r) Javed Iqbal had signed Ismail’s arrest warrants under Section 18(e) and Section 24(a) of the National Accountability Ordinance (NAO), 1999 and dispatched teams in Karachi and Islamabad to take the former finance minister into custody.