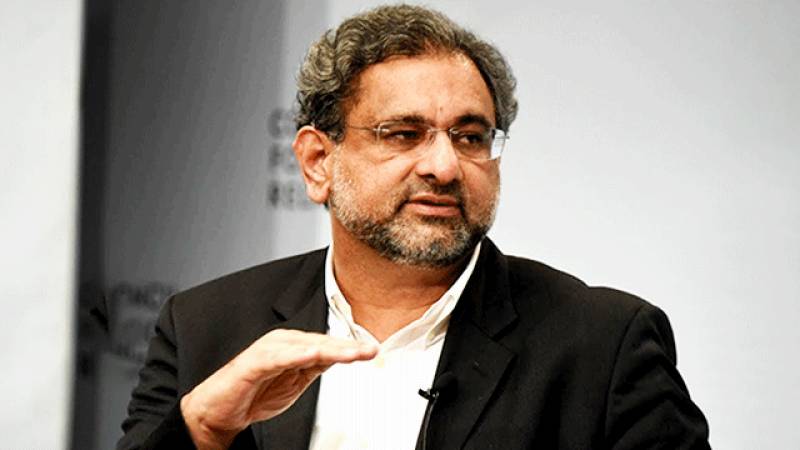 ISLAMABAD - The National Accountability Bureau (NAB), announced a host of reasons on Thursday on the basis of which former premier Shahid Khaqan Abbasi was arrested.

In an official letter, it has been announced by the accountability watchdog that the former premier misused his authority as a minister in the selection of M/S QED consultant as international consultant for completion of bidding process for establishment of LNG terminal-1 in violation of 'procurement of consultancy services regulations, 2010'. 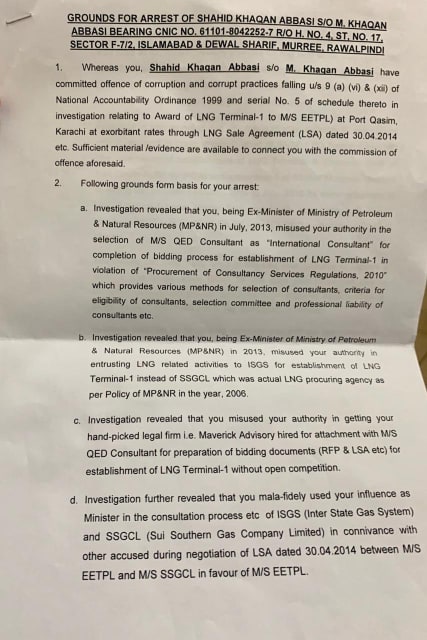 The anti-graft body also stated that Abbasi misued his authority in entrusting LNG related activities to ISGS for establishment of LNG terminal-1 instead of SSGCL adding that the politician handlicked legal firm Maverick Advisory for attachment with M/S QED consultant for preparation of bidding documents. 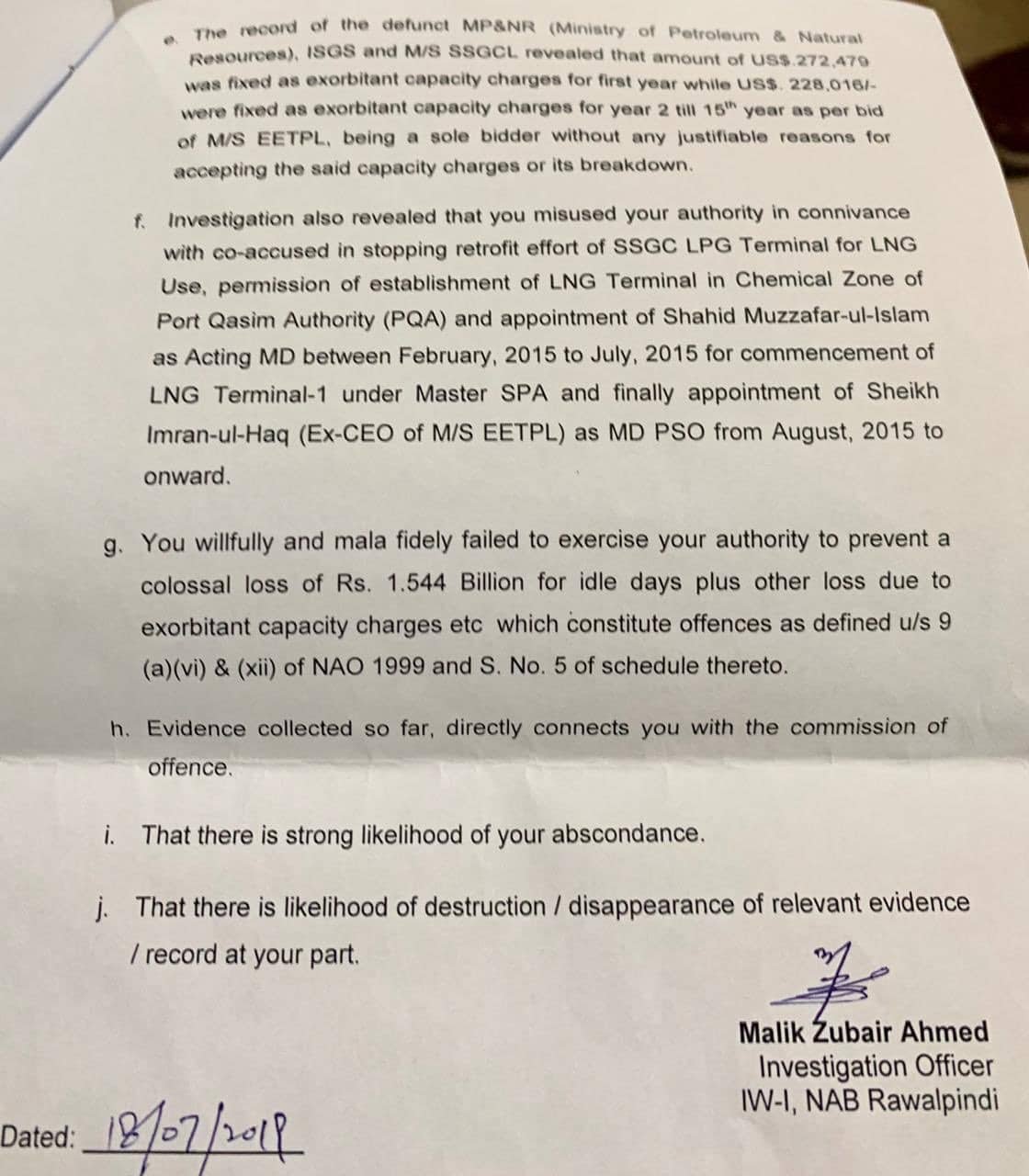 You willfully and mala fidely failed to exercise your authority to prevent a colossal loss of Rs 1.544 billion for idle days plus other losses due to exorbiotant capacity charges, the NAB letter said and confirmed that Abbasi was linked with the commission of offence.

The National Accountability Bureau (NAB) - which arrested the former premier on Thursday - also stated that there was a likelihood of record destruction by Abbasi.