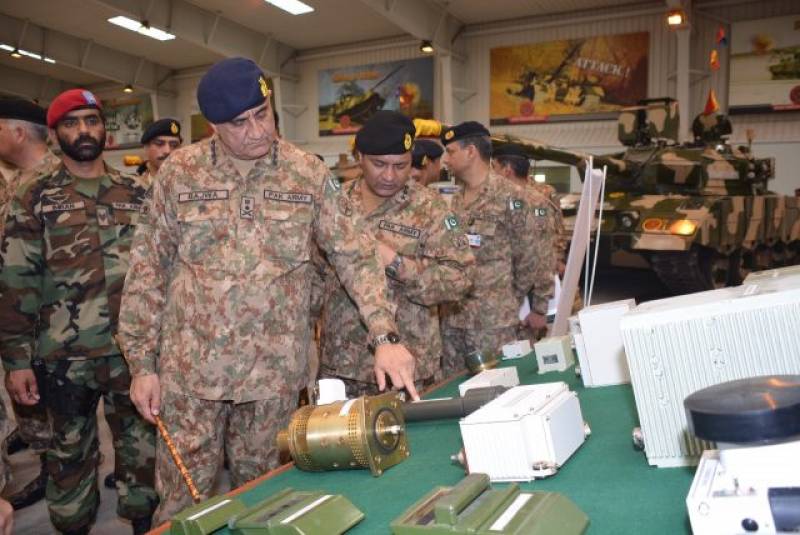 RAWALPINDI – Chief of the Army Staff General Qamar Javed Bajwa has said there is a need for an enhanced public-private partnership to make Pakistan defence industry into vibrant, self-reliant and self-sustained entity.

He was addressing a two-day National Seminar on "Defence Production-Security through Self Reliance" held in Rawalpindi on Friday.

The Army chief said that apart from the public sector and defence production organisations, a fully integrated private sector in our defence industry is much wanting.

"There is a need to amplify indigenization through fully integrated Public and Private Organizations in Defence production for meaningful progression in defence of the country."

Based on discussion and suggestions during the two days long sessions, the seminar concluded with policy-level recommendations for the government.

It was proposed that the surplus defence potential may be exported. The "Digital Parks" should be established to tap software industry potential and research and development may be promoted in the universities.

Representatives from public sector discussed and suggested way forward for public-private partnership in defence production. Speaking on the occasion, Minister for Defence Production Zobaida Jalal and Minister for Science and Technology Chaudhary Fawad Hussain shared their views and suggestions for development of Pakistan Defence Industry into a prolific entity.

Mr Abdul Razak Dawood, Advisor to PM on Commerce, Textile, Industry and Production and Investment of Pakistan enlightened the participants on the importance of independent Defence Industry for National Security.