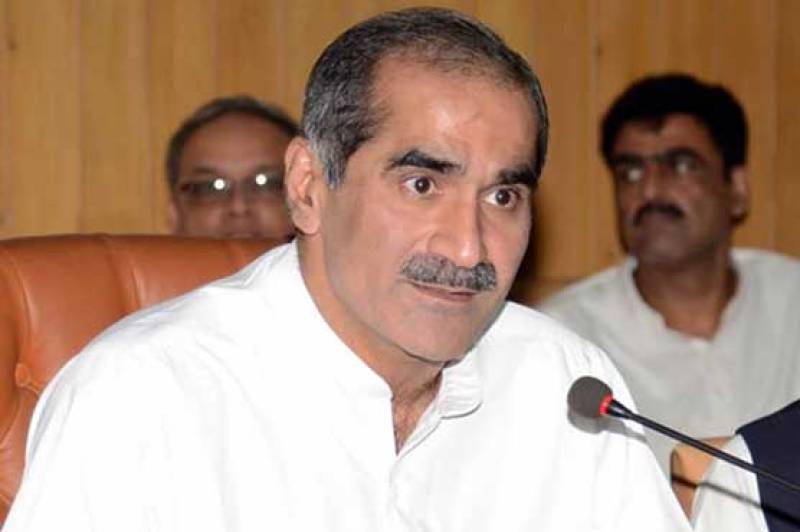 Addressing the foundation stone-laying ceremony for the revamp of Nankana Sahib Railway Station on Sunday, he said that Pakistan Tehreek-e-Insaf (PTI) Chairman Imran Khan and Pakistan People's Party (PPP) Chairman Bilawal Bhutto Zardari should focus on public welfare projects in their respective provinces instead of indulging in protest politics.

"Those who ate Haj pilgrims’ money are now making others accountable," the minister said.

Saad said that the opposition parties did not want an investigation into the Panama leaks as they were not finalizing the Terms of References (TORs).

He advised Imran Khan not to cross the red line while he also suggested that the PTI leader remove his sunglasses of hate and focus on Khyber Pakhtunkhwa's (KP's) development.

"Prime Minister Nawaz Sharif's name is not mentioned in the Panama Papers, but Imran Khan himself owns an offshore company," he added.

Khawaja said that PTI chairman should not punish the people for his own failures. Earlier, the minister while performing the foundation stone-laying ceremony said that the project would be completed in 18 months at a cost of about Rs 160 million.

"We will welcome the constructive politics of the opposition, but it is unfortunate that their every step appears to be the damaging democracy," the minister added.