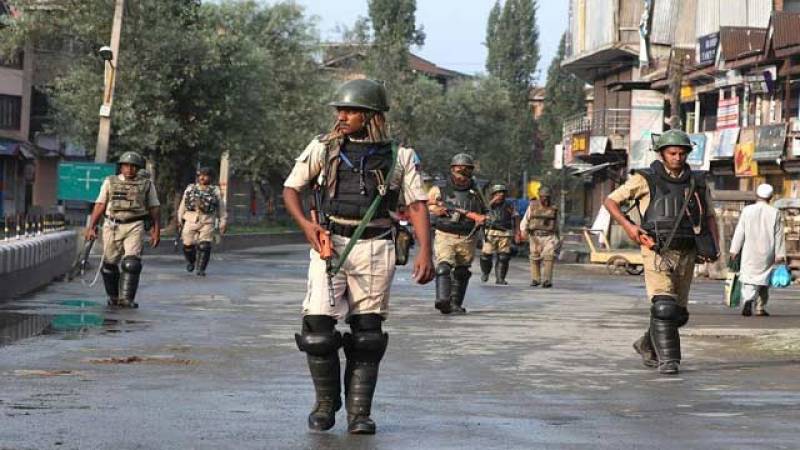 SRINAGAR - Indian troops in their fresh acts of state terrorism martyred six more Kashmiri youth in Shopian and Pulwama districts, today (Friday), taking the number of martyred youth in the territory to eight since yesterday.

According to Kashmir Media Service (KMS), during cordon and search operations, the troops martyred four youth at Bandpawa Chitragam in Shopian and two others inside a mosque in Pampore area of Pulwama, today.

The troops had martyred one youth each in these areas, yesterday.

Indian police and troops also used brute force and fired teargas shells in Pampore on the demonstrators protesting against the killings.