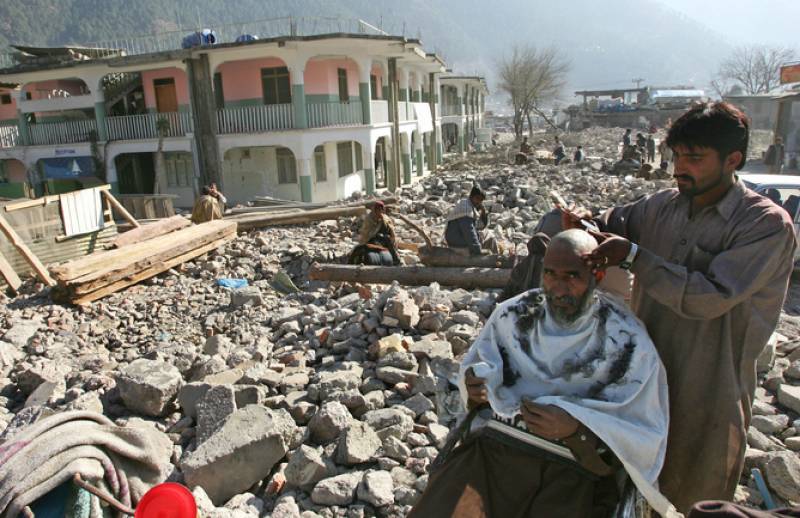 MANSEHRA - Chief Justice of Pakistan Mian Saqib Nisar has taken suo motu notice of alleged embezzlement in over $5 billion funds donated by the international community for rehabilitation after the deadly  earthquake of 2005.

Sheraz Mehmood Qureshi, a social activist from Mansehra had moved an application accusing politicians and officials of embezzling the quake funds against which the apex court has fixed March 26 for hearing.

The apex court has directed the respondents, including the attorney general, KP advocate general, director general Earthquake Rehabilitation and Reconstruction Authority (Erra) Islamabad and the applicant Mr Qureshi, to physically show up before the bench on the date fixed for the hearing.

Mr. Qureshi in his application pleaded that the people of Mansehra alone suffered over 17,000 deaths in the tragedy 12 years ago, which almost entirely flattened the Balakot town, but 'financial assistance meant for payment of compensation and rehabilitation of the survivors has been embezzled'.

He continued that due to the financial misappropriation the people of Balakot were still residing in makeshift prefabricated houses donated by Saudi Arabia.

'New Balakot City housing project was still in the doldrums. Schools and health facilities destroyed in the tragedy are still not reconstructed in Balakot and other parts of the district,” he argued.

Pleading the apex court to order an audit of or inquiry into all the foreign financial assistance, the petitioner sought the top court to expose all those involved in this large-scale corruption.

In his application, Qureshi went a mile more and alleged that Erra officials, mostly retired from army, purchased luxurious vehicles for their personal comfort from the funds meant for quake survivors.