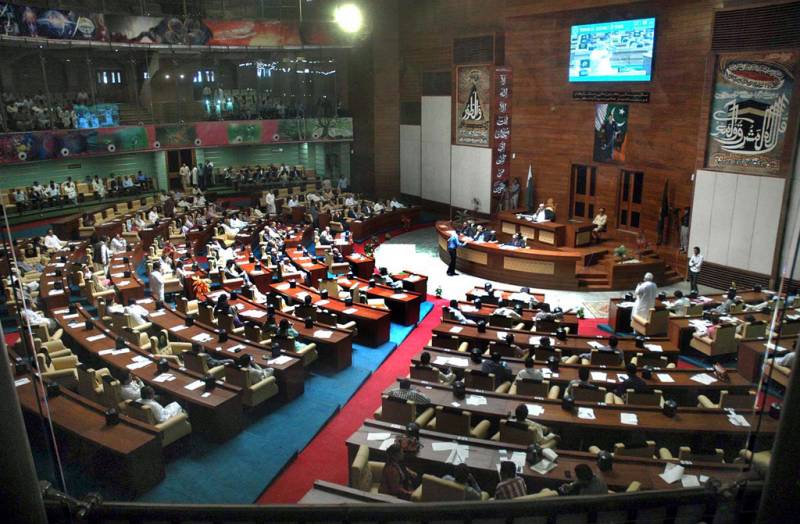 KARACHI - The Sindh Assembly became a witness to another commotion on Saturday when Pakistan Muslim League-Functional (PML-F) MPA, Nusrat Seher Abbasi raised her shoe at the deputy speaker, Shehla Raza.

The assembly members were discussing the provincial budget when the female lawmaker took off her shoe and showed it to the deputy speaker.

Raza, who otherwise remains calm and cool in conducting the session, was riled by the move and directed her to leave the assembly premises.

"Abbasi has issues and she has proven that she was not worthy of sitting in this assembly," she added.

The deputy speaker remarked that this was no way to behave as showing a shoe was a crime, not a mistake.

She continued that for the past five days all that had happened in the assembly was a drama adding that Pakistan Muslim League Nawaz was not mentally prepared to listen to the truth.