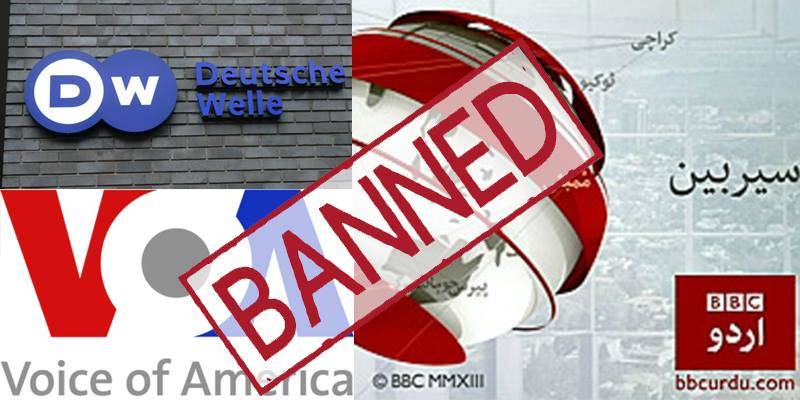 The prohibition orders have been forwarded to Express-News and AAJ TV through two separate letters, compelling the media franchises to take off the programmes with immediate effect.

One of the letters stated that Express-News was broadcasting a programme titled 'DW Sawal' produced by Deutsche Welle', a Germany’s International Broadcaster, without any approval of the media watchdog.

Moreover, instructions were issued to AAJ TV to avoid broadcast or re-broadcast of two programmes by foreign entities, titled 'View 360' produced by Voice of America and 'Sairbeen' produced by BBC.

The authority said that the channels were airing the programmes unlawfully without any approval.

“Therefore, the competent authority in exercise of delegated powers of the authority vested in Section 27(a) of the PEMRA Ordinance 2002 as amended by PEMRA (Amendment) Act 2007, hereby prohibits broadcast or re-broadcast” of these programmes “with immediate effect”, the orders state.

The media regulator also warned that in case of non-compliance with the prohibition orders, the authority shall proceed against the said TV channels under Section 30 of PEMRA Ordinance 2002.