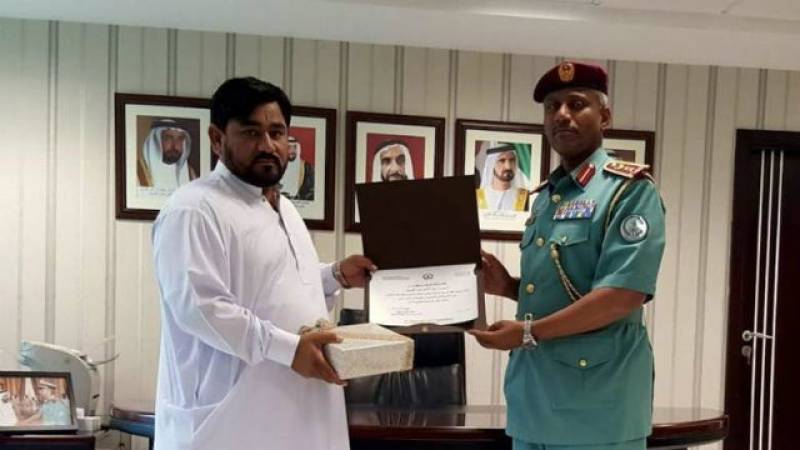 SHARJAH - Police in the United Arab Emirates (UAE) have honoured a Pakistani man for catching a thief who snatched a gold chain from the neck of an Asian woman, according to local media.

Abdul Al Ahad Abdul Qayyum was felicitated by Sharjah Police Col Khalifa Kalender for "checking the crime and protecting the woman". Abdul caught hold of the thief till the police reached the spot and arrested him, the Khaleej Times said in a report.

Col Kalender said that the man was able to nab the suspect and handed him over to the police authorities so that legal proceedings could be carried out.

Stressing the important role that the community members play in crime prevention by catching the offenders in the act, the officer said increased awareness about safety in the society helps the security services in carrying out their duty in preventing and combating crimes.

Sharjah Police have already established bridges of communication between the police and the public to report any incident or practice that may disturb the security and stability in the emirate, he pointed out.

He urged the public to report crime, any negative practice or illegal activities.