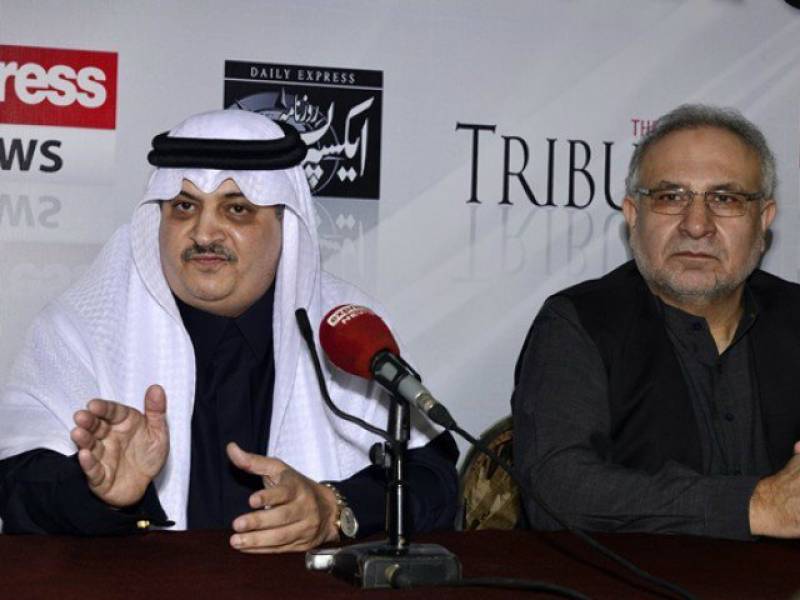 Ambassador Nawaf bin Saeed al Malki, speaking at an Express Media Group Forum on Saturday, drew a comparison to Pakistan’s recent accountability drive. “The Saudi anti-corruption sweep is similar to the accountability drive in Pakistan and it is necessary to purge the system [of this menace] for a peaceful and prosperous future,” Maliki stated.

To a question, the envoy said, “Saudi Arabia not only supports the anti-corruption efforts in Pakistan but also promises to continue rendering support to every government, provided it is elected by the people of Pakistan.”

In a widespread anti-corruption campaign earlier this month, authorities in the Kingdom arrested dozens of royal family members, officials and business executives and froze their bank accounts in over alleged money laundering, bribery, extortion and exploiting public office for personal gain.

Initially, Maliki said that it had been difficult for people to support the graft purge; however, soon they realised how corruption and abuse of power were slowly weakening the system and how accountability is important.

The ambassador also revealed that the defence ministers of all member states in the Saudi-led military alliance would be meeting in Riyadh on November 26.

The alliance aims at strengthening cooperation and integration among the member states. “This alliance will primarily focus on enhancing cooperation, as taking military action against any country, especially a Muslim state, will be the last option,” he added.

Saudi Arabia, the United Arab Emirates, Bahrain and Egypt severed ties and imposed an economic blockade on Qatar in early June, accusing it of backing terrorism. Qatar has denied the allegations and has since gone on the offensive.

“Qatar is still a brother Muslim state. The crisis will be over soon and relations between Doha and Riyadh will go back to normal. Saudi Arabia has a very clear stance on its relations with Iran and Yemen as well,” Malki was quoted by the Express Tribune as saying.

The envoy added that he foresees a bright future for Pakistan in the wake of the ongoing CPEC project.

He also expressed resolve to extend brotherly ties between Saudi Arabia and Pakistan especially in the fields of health, education, sports, culture, business and economy.

“We want Pakistan to benefit from the opportunities that will be offered by Saudi Vision 2030. A high-level Saudi business and trade delegation is scheduled to visit Pakistan next week to explore avenues of mutual cooperation,” he revealed.

Speaking of the continued Pakistan-India rift, the Saudi envoy stated that Pakistan plays a crucial role in maintaining regional peace. He said that Riyadh could act as a mediator to resolve tensions between India and Pakistan revolving around the Kashmir issue.

“Both Pakistan and Saudi Arabia are aware which countries fund and use Taliban, Daesh and Baloch separatists for their vested interests,” the ambassador said without mentioning any country or foreign hostile agency.

Rubbishing all claims of the Saudi king stepping down, Mr Maliki held such a possibility does not exist as of now. “Saudi Arabia is moving towards a liberal and moderate state, where everyone will have equal rights and the women will be empowered. No one will be above the law and people will have access to justice.”

RIYADH - The 32-year-old Mohammad bin Salman Al Saud would be assuming the charge of Saudi Arabia's king, next week, ...

In the end, he also emphasised the role of the media in strengthening the image of Pakistan globally, adding that he loves Pakistan.