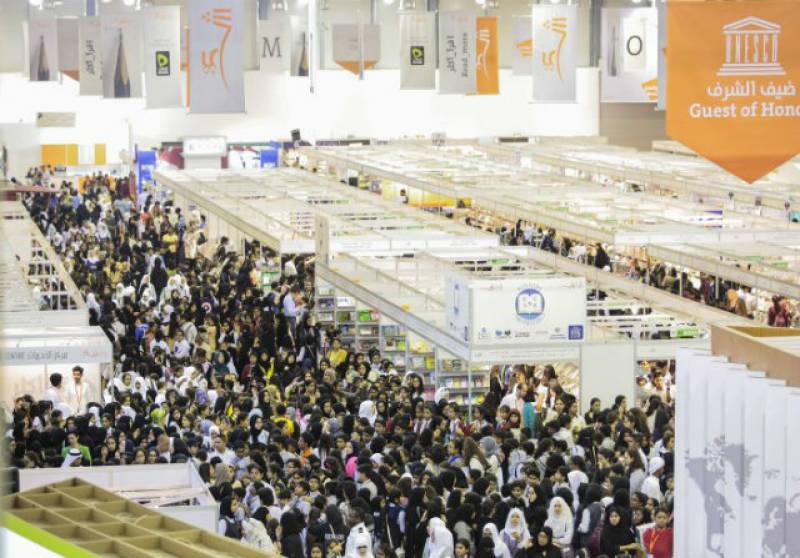 SHARJAH - A host of international literary luminaries will be participating in the 36th edition of the Sharjah International Book Fair (SIBF 2017), which will take place November 1-11 at Expo Centre Sharjah, UAE.

Organised by Sharjah Book Authority (SBA), a prime feature of the fair each year is its extensive programme of seminars, speeches and panel discussions featuring renowned writers and novelists from around the world.

Hailing from the United States, Peter Lerangis is a bestselling, award-winning children and young adult author of more than 170 books, which have sold more than six million copies and been translated into 33 different languages, while his compatriot, award-winning novelist professor Tayari Jones, is the author of four novels, including ‘An American Marriage’ and ‘Silver Sparrow,’ with the latter named a #1 Indie Next Pick by booksellers in 2011.

Morgan Catherine Matson - also known under her pseudonym Katie Finn - is a best-selling American novelist and recipient of the California Book Award.

The final SIBF 2017 guest from the USA is Lisa Genova, a neuroscientist and best-selling fiction author of ‘Still Alice,’ a 2007 novel that was turned into a major Hollywood film starring Julianne Moore.

Representing South America, Elsa Osorio is an award-winning Argentinian novelist who debuted in 1982 with a volume of short stories, ‘Private Rites’ for which she was awarded the Premio Nacional de Literatura Argentina.

Travelling from Germany is journalist and author Souad Mekhennet, a correspondent for The Washington Post’s national security desk, while representing the antipodes is international best-selling young adult writer Lang Leav, who was born in a refugee camp in Thailand but now resides in New Zealand.

Attending from the Philippines is Edgar Calabia Samar, is a multi-award winning poet and fiction writer.

Julien Columeau from France writes fiction in Urdu, French and Punjabi. Three collections of his Urdu short stories have so far been published in Pakistan and two collections in India, while Turkish author, lawyer, and human rights activist Burhan Sonmez is the youngest ever author to win the Izmir St. Joseph Best Novel Award, which he collected for his novel ‘Sins & Innocents.’

Bestselling Serbian novelist and biographer Vladimir Pistalo has authored 11 books and numerous stories, with his novel ‘Tesla, Portrait Among Masks’ a bestseller in Serbia for two years.

Representing the Levant region is Zeina Hachem from Lebanon, an award-winning poet and winner of the 2016 May Sarton New Hampshire Poetry Prize for her second full-length collection, ‘Louder than Hearts.’

Themed ‘A World Inside My Book,’ the forthcoming 36th edition of SIBF will see the participation of 1,650 publishing houses from 60 countries.

More than 1.5 million titles will be on display throughout the 11-day celebration of literature, knowledge and culture. Spread across 14,625 square metres, this year’s edition will feature 393 guests from 48 countries who will take part in more than 2,600 events.