Dar to meet Queen Maxima of Netherlands on October 8 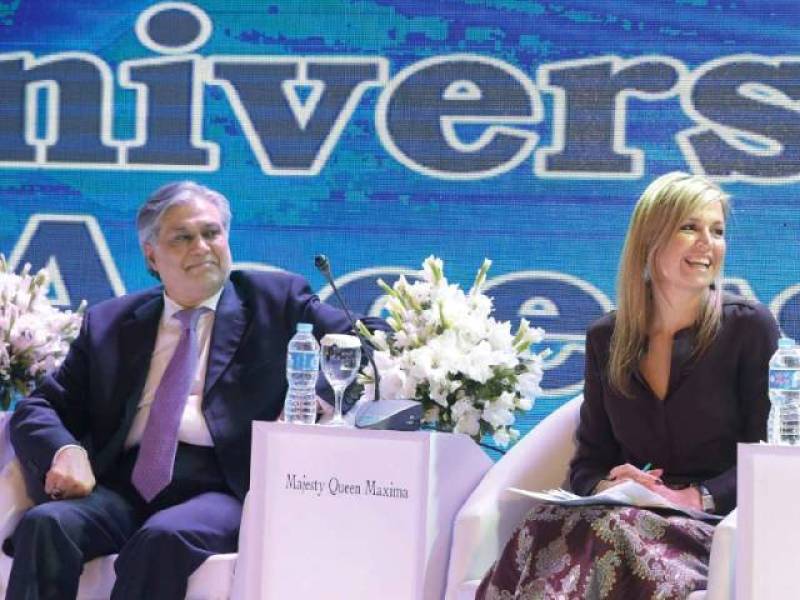 ISLAMABAD - Finance Minister Senator Ishaq Dar and Dutch Queen Her Majesty Queen Maxima will meet in  Washington on October 8 on the sidelines of the annual meetings  of the World Bank and International Monetary Fund (IMF).

Ms. Jeannette Seppen, Ambassador of Netherlands to Pakistan  called on Federal Minister for Finance Senator Mohammad Ishaq Dar  here on Sunday during which the message of meeting was conveyed.

According to the statement, it was also decided that the next meeting of the National Financial Inclusion Council (NFIC)  would be held at the earliest as Queen Maxima had indicated that  she would join the meeting through video conference.

In addition, the Finance Minister apprised the Ambassador about the signing of Organization for Economic Co-operation and  Development (OECD) Convention on Administrative Assistance in  Tax Matters by Pakistan as well as the publication of the  Parliamentarians Tax Directory for the tax year 2015.

The Ambassador thanked Finance Minister for creating conducive environment for multinational companies in Pakistan  and said that Unilever was planning further investments in  the country.

The meeting was attended by senior officials of the Ministry of Finance.