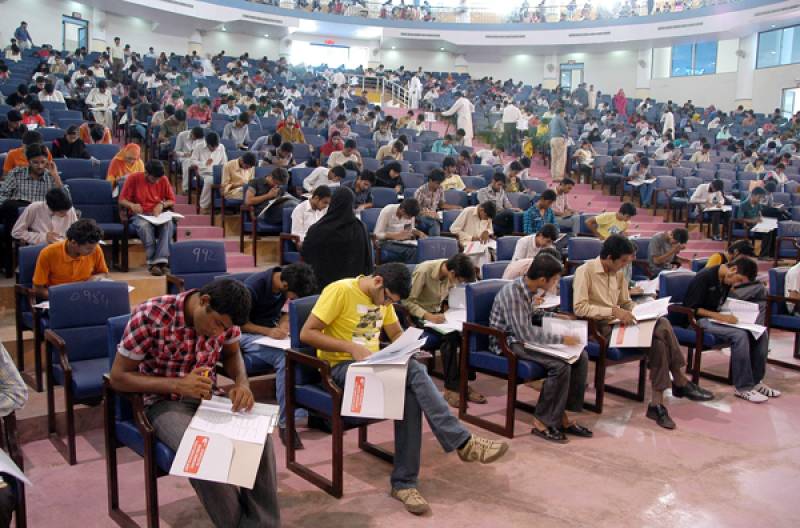 PESHAWAR  - The Khyber Pakhtunkhwa government on Tuesday postponed its test for admission to public and private medical and dental colleges across the province for the third time over weather concerns.

The test was scheduled for September 23, however, the higher education department has proposed Sept 30 as the new date for the test, leaving 40,000 aspirants in the lurch.

The first ETEA test for admission to medical and dental colleges in the province was scheduled for July 15 but it was postponed until Aug 19 due to heavy rain in some areas.

The entry test was conducted on Aug 19 but it was later cancelled as the paper got leaked which was also confirmed by the Intelligence Bureau (IB), leading to the arrest of a watchman and a driver.

In a report submitted to the higher education department, the IB had suggested the formation of the joint investigation team (JIT) for looking into the paper leak saga.

Sept 23 was later fixed for the test but the test has been postponed once again over fears of rains.

If the chief minister approves the summary, the text is likely to take place on Sept 30.