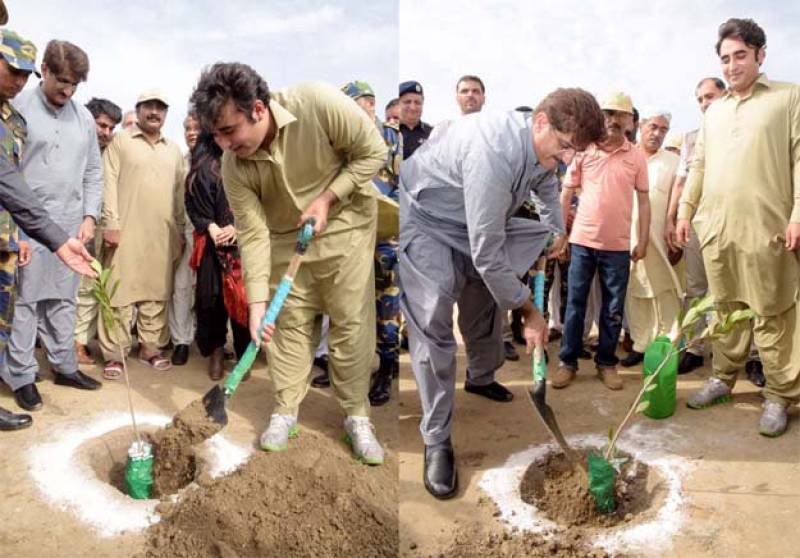 KARACHI - The forest department of Sindh has successfully broken its earlier Guinness World Record of planting the maximum number of trees in 24 hours by planting 1,129,294 mangroves on an island near Keti Bunder in Thatta.

Bilawal expressed that it was the third time that Guinness World Record was broken by enthusiastic people of Pakistan.

"The same country had set this record earlier in 2009 and 2013," tweeted the PPP Chairperson.

Congratulations Pakistan.Sindh broke Guinness world record for our Mangroves plantation drive.Most trees planted in 24hrs.This is 3rd time we have broken record.1st in 2009, 2013 and now 2018. Mangroves helps protect environment, ecosystem and the coast against forces of the sea. pic.twitter.com/6ZZhzukKD6

On the occasion, the Chief Minister Sindh, Syed Murad Ali Shah said that the purpose of their attempt was to highlight and showcase the importance of Indus delta mangroves, its affiliated biodiversity and most importantly the communities dependent on this precious but threatened ecosystem.

Our experience of setting the Guinness World Record in 2009 and 2013 has brought the coastal areas into the limelight and socio-developmental activities are on the rise in these areas, he added.

The forest department was attempting to break its own record of planting 847,275 trees in Kharo Chaan, Thatta, in 2013.

It is worth mentioning that mangroves help to reduce the intensity of tsunami along with protecting environment, ecosystem and more importantly, require only rainwater for their growth.