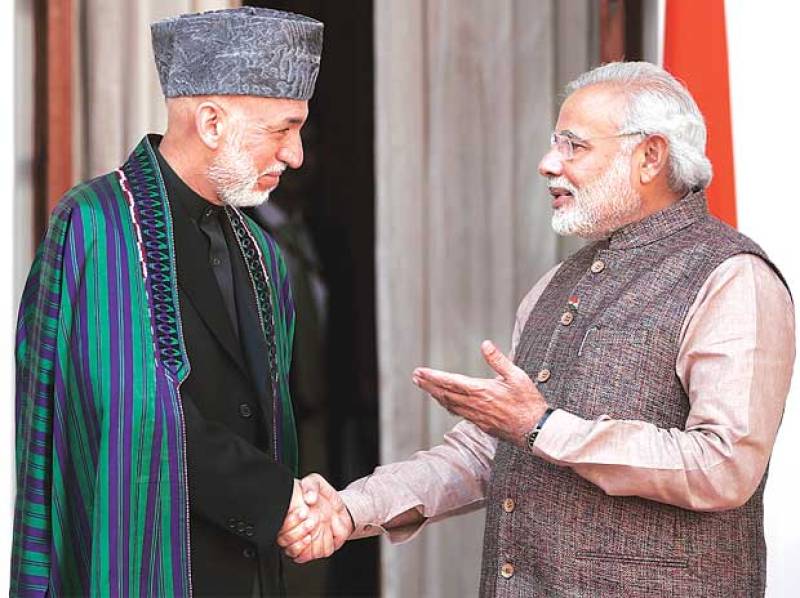 While visiting New Delhi on Friday, Karzai insinuated that India had every right to respond to Pakistan’s provocations. He added that India believed in co-existence and would not plunge into any proxy war with Pakistan.

“Pakistani authorities have spoken freely on Afghanistan and India, but this is the first time that the PM of India has spoken about Balochistan” Karzai said.

“In Balochistan there is extreme suffering at the hands of extremists promoted by state structures in Pakistan. Therefore the people’s concerns need to be addressed and aired,” Hamid told The Hindu in an interview.

Earlier, Mr. Modi had vowed to take up the cause of Baloch people in Pakistan on the international stage, and said he had received many messages from them.

On the other hand, a mammoth rally in Balochistan on Thursday denounced the statements of Modi. People from different walks of life including the Hindu community participated in rally and chanted slogans against Modi. The enraged citizens also set Modi’s statue ablaze.