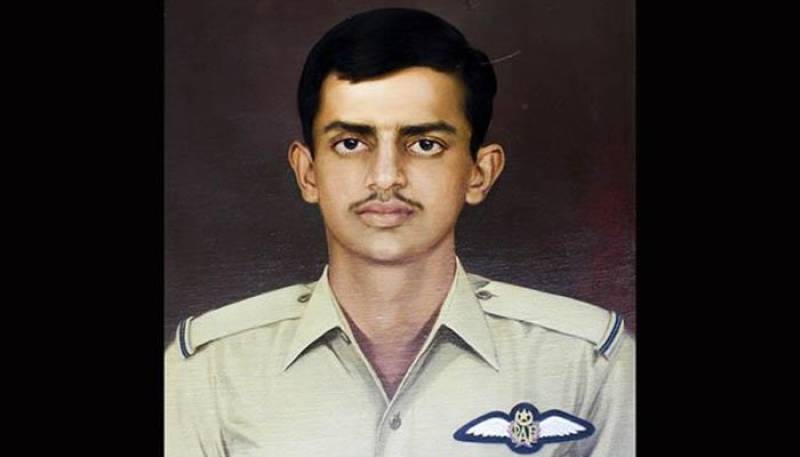 After joining the air force, Minhas was commissioned on March 13, 1971, in the 51st GD(P) Course. He began training to become a pilot.

On August 20 of that year, he was getting ready to take off for his second solo flight in a T-33 jet trainer in Karachi. Minhas was taxiing toward the runway when a Bengali instructor pilot, Flight Lieutenant Matiur Rahman, signalled him to stop and then climbed into the instructor's seat.

In mid-air, the instructor, who intended to take the jet to India, tried to overpower Minhas on which he radioed PAF Base Masroor with the message that he was being hijacked.

When the plane was just 32 kilometeres away from India border, Minhas could only think of one thing to bar the instructor from entering the neighbouring country's premises.

The national hero deliberately forced the plane to crash at 32km distance from Indian border without caring for his life.

Minhas was posthumously awarded Pakistan's top military honour, the Nishan-E-Haider, and became the youngest man and the only member of the Pakistan Air Force to win the award.