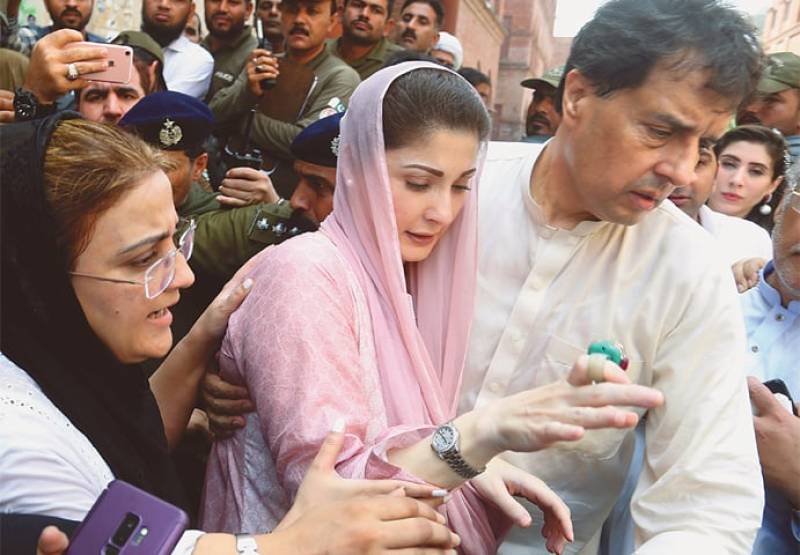 The court directed the accused to submit surety bonds of Rs 50,000 for availing the relief of bail, besides ordering him to join the investigations..

Additional District and Sessions Judge Shakil Ahmad heard the bail application, filed by Muhammad Safdar and also sought report from the Chung police by the next date of hearing.

A counsel, on behalf of the petitioner, argued before the court that his client was nominated in the case after levelling of baseless allegations. He expressed apprehension that the police might arrest him and pleaded with the court for grant of bail.

The Chung police had registered a case against PML-N leadership including Maryam Nawaz and party workers under sections 147, 149, 290, 291, 440 , 109, 353 and 186 of Criminal Procedure Code over a clash with the police on August 11 at NAB offices during the appearance of Maryam Nawaz before an investigation team in connection with illegal transfer of 180 acres of land in Raiwind.

The PML-N workers threw stones at the police officials and tried to break the barriers outside the NAB offices as Maryam Nawaz reached the NAB offices. However, the police resorted to baton-charge to disperse the infuriated crowd and arrested several protestors.