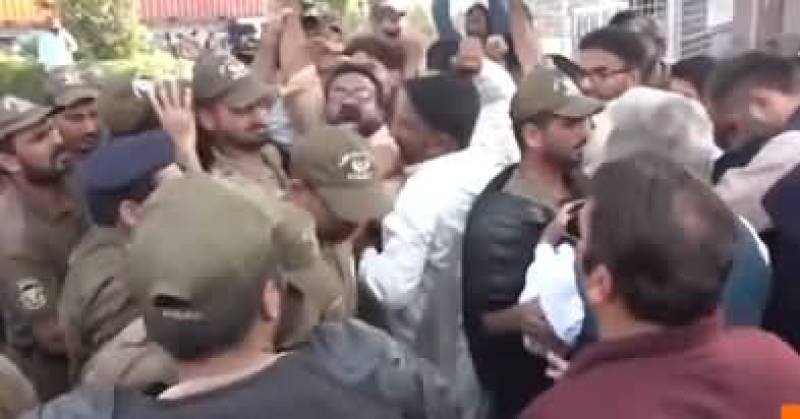 During the hearing, the court has rejected the request of investigation officer to issue physical remand of the detainees who have been booked under eight provisions.

Earlier, A violent clash between police and PML-N workers caused cancellation of Maryam Nawaz appearance in the NAB in an illegal land case.

The NAB has postponed the hearing and the PML-N leader is likely to be summoned again next week.

The scuffle broke out outside the NAB office located near Thokar Niaz Baig ahead of the appearance of the Maryam when party supporters reportedly tried to crossed the barricades placed to bar people from reaching premises of the anti-graft body’s office.