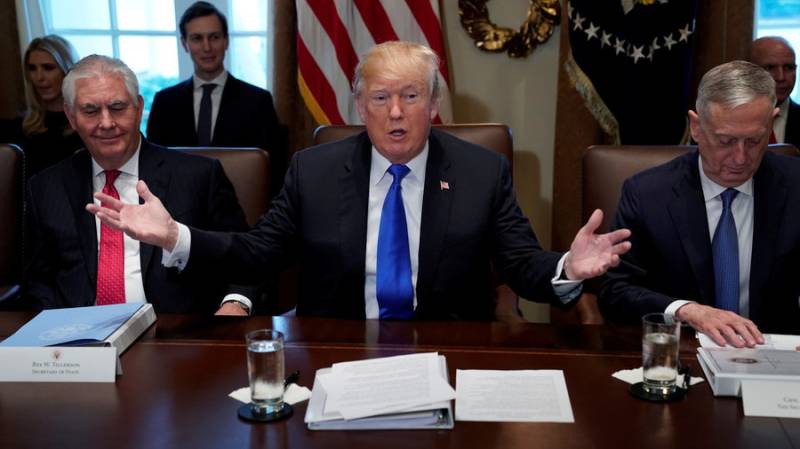 WASHINGTON - President Donald Trump has threatened to cut aid to UN member states who vote against the US at the upcoming UN General Assembly on the issue of Washington’s Jerusalem move. He said the US will save “billions” in the process.

His threats come ahead of the rare emergency special session of the UNGA scheduled for Thursday. Arab and Muslim countries requested the meeting after the US vetoed a UN Security Council resolution to rescind Trump’s declaration of Jerusalem as Israel's capital. Trump went ahead with his controversial declaration earlier this month despite multiple warnings against doing so, drawing international condemnation and stirring protests from Muslims worldwide.

The president's comments come after Nikki Haley, US ambassador to the UN, sent threatening letters to UN member states urging them to vote against the motion.

Haley also said on Twitter that "the US will be taking names" of countries that vote in favour of the resolution.

At the UN we're always asked to do more & give more. So, when we make a decision, at the will of the American ppl, abt where to locate OUR embassy, we don't expect those we've helped to target us. On Thurs there'll be a vote criticizing our choice. The US will be taking names. pic.twitter.com/ZsusB8Hqt4

Trump declared Jerusalem to be Israel's capital on December 6 and announced the US intention to move its embassy to the city.

The contentious move prompted large-scale protests and condemnation from leaders around the world.

On Tuesday, the US vetoed an Egyptian-sponsored UN Security Council resolution that called on countries not to establish diplomatic missions in Jerusalem.

The US was outnumbered 14 to 1 when it vetoed that resolution.

"The member states of the General Assembly will be asked to vote on the same draft resolution that we presented to the Security Council, which the US has blocked with the veto," Riyad al-Maliki, Foreign Minister of the Palestinian Authority (PA), said in a statement on Monday.