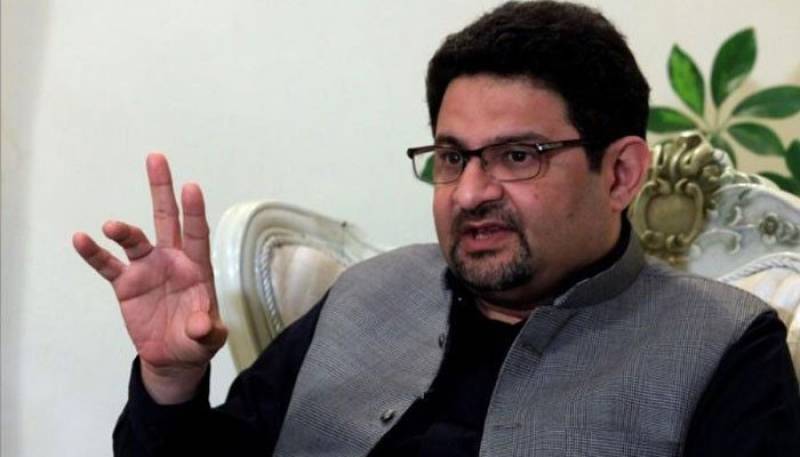 ISLAMABAD - A delegation comprising of officials from finance and interior ministries reached Paris earlier Tuesday to plead Pakistan's case at the ongoing meeting of the Financial Action Task Force (FATF) a global body that combats terrorist financing and money laundering.

The delegation, led by Director-General Financial Monitoring Unit Syed Mansoor Shah and comprising of other members of the Foreign and Interior ministries, will defend Pakistan's position at the FATF meeting, where a resolution sponsored by the United States and supported by its allies is considering placing Pakistan on a watchlist of countries that financially aid terrorism.

Adviser to Prime Minister on Finance Dr Miftah Ismail has also reached Paris to attend the meeting. Official sources revealed earlier that Ismail visited Germany, Netherlands and Belgium last week in an attempt to garner support against the US move.

Sources said of the 35 permanent members of the FATF, only China supports Pakistan whereas the rest are likely to fall behind the US resolution. Pakistan's international credit rating could suffer a setback as a result of being placed on the list, as several global financial institutions are influenced by the FATF, which includes around 700 members in total, including the United Nations, European Commission, International Monetary Fund (IMF) and World Bank.

The US and the UK have moved a motion to place Pakistan on the FATF terrorist-financing watch-list. France and Germany are co-sponsoring the move.

If the FATF adopts the resolution, Pakistan could once again be placed on the grey list of countries with deficient anti-money laundering regimes.

Pakistan suspects India’s hand behind the US-sponsored resolution as Ismail recently lamented that the FATF was used for political purposes.

According to the financial sector experts, any move to place Pakistan on the watch-list would enhance scrutiny level of the financial transactions that the country’s banking sector would undertake with the rest of the world.

This will increase the cost of opening letter of credits (LC) for trade purposes. The negative decision by FATF will have the force to affect the international credit ratings, which will in turn increase cost of borrowings for the government.

At present, the 11 jurisdictions are on the high risk and monitoring list of the FATF, which include North Korea, Iran, Iraq, Syria, Yemen and Ethiopia. Pakistan was on the FATF grey list from 2009 to 2015.

“The measure to blacklist Pakistan is part of a propaganda to economically destabilise our country,” Pakistan’s Interior Minister Ahsan Iqbal said on Monday.

A six-day meeting of the Financial Action Task Force, a global body that combats terrorist financing and money laundering started on Sunday (February 18).

On Feb 16, US State Department Spokesperson Heather Nauert said at a press briefing that a resolution to place Pakistan on the global terror-financing watch list had been submitted to the FATF. The spokesperson explained that the US had been concerned about Pakistan's actions for a long time.

“We have therefore decided that we want to place Pakistan on an international watch list. Further details about the matter are confidential, and cannot be revealed at the moment,” Nauert informed.

Reacting to the US move, the Foreign Office (FO) said Pakistan has serious concerns regarding the American resolution.

At his weekly media briefing, FO spokesperson Dr Mohammad Faisal said: “such motions are aimed at hampering the economic growth of Pakistan.”

The spokesperson stressed that Pakistan remains committed to combating terrorism in all its forms and manifestations and the ongoing terrorist-combating operations by the Pakistan military are proof of the country’s commitment towards combating this menace.