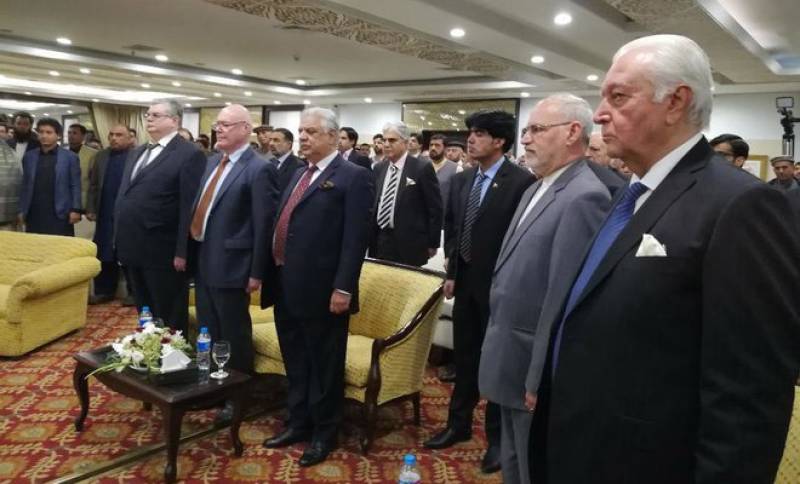 PESHAWAR - Russia has inaugurated its honourary consulate in the capital of Khyber Pakhtunkhwa province.

KP Governor Iqbal Zafar Jhagra on Tuesday said that the establishment of the consulate office of Russian Federation in Peshawar is “a sign of the beginning of a new chapter of renewed diplomatic relations between the two countries”.

“Pakistan and Russia are looking at each other as complementary partners for regional balance, growth and partnership for well-being of the respective people,” he said while addressing the inaugural ceremony of the Honorary Consulate of Russian Federation at Peshawar.

The ceremony was also attended by the Ambassador of the Russian Federation in Pakistan, Honorary Consul General of Russian Federation at Peshawar Muhammad Arsalan Khan, and a number of local dignitaries were also present on the occasion.

He also wished that the Honorary Consulate of Russian Federation may prove helpful in promoting educational and business opportunities for the people of the both countries.