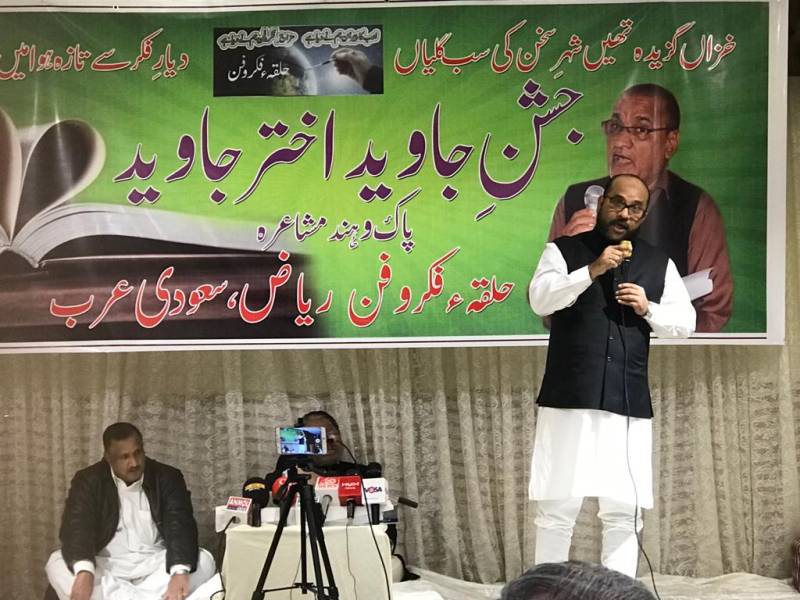 HFF Chief adviser Prof Dr Mahmood Ahmed Bajwa presided the mushaira that was highly attended by the poetry lovers in Pakistan and India . The proceedings of the mushaira were ably conducted by Dr Saeed Ahmed Waince of HFF. The program formally begins with the recitation of Holy Quran by Qari Muhammad Qasim Muhammadi and a naat by HFF information secretary Abid Shamoon Chand.

Dr Tariq Aziz, Chief coordinator of HFF, lauded the efforts of HFF and Javid Akhter Javid in his welcome note comprised in classic Urdu with his very own stylish accent. “Literature is the surest basis and poetry is a God-gifted ability. HFF has a fine history and it has produced several prominent Urdu poets and writers from Saudi Arabia. HFF salutes the efforts of its Nazim-e-Aala Javid Akhter Javid,” said Dr Tariq Aziz. 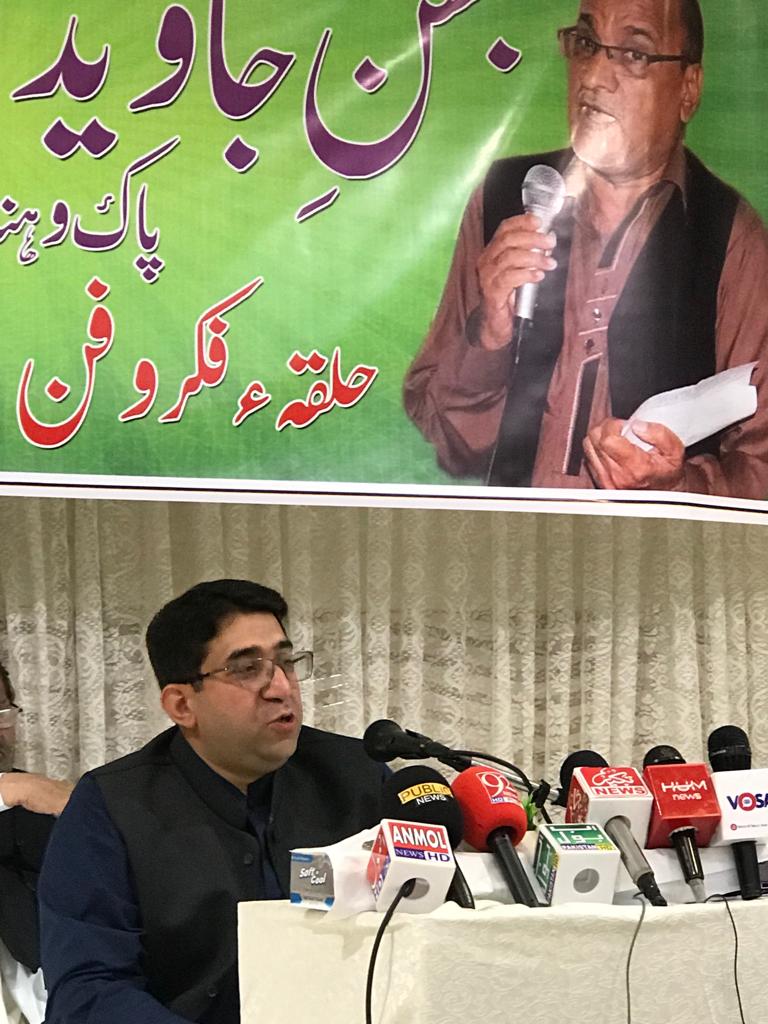 Akhtar-ul-Islam Nadwi, a prominent Indian literary and social figure, talked about the ongoing Pak-India tensions while praising Javid Akhter Javid for his socio literary contributions in Saudi Arabia. “Once again, unfortunately, the intense tensions between both neighbouring countries are on rising but the peoples of India and Pakistan are always having a strong love bonding despite of the hate sentiments, we must negate such sentiments, we eat the same bread, we drink the same water, we breathe the same air, we are humans and our sharing are similar,” Nadwi said. 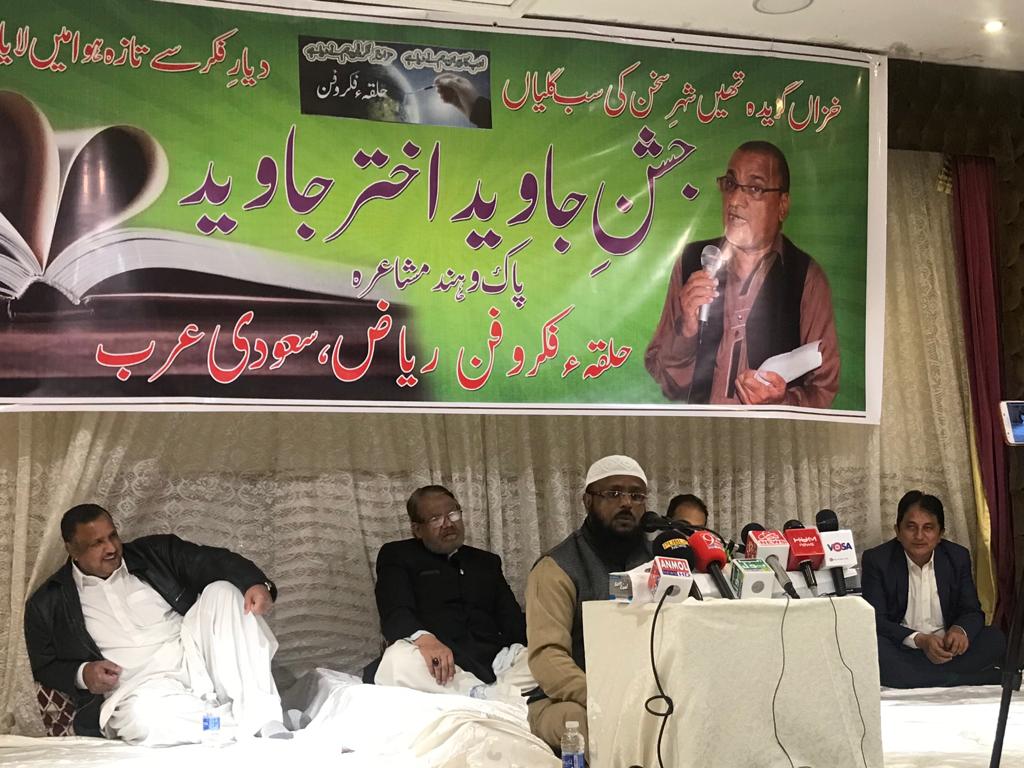 At the occasion, he called Javid Akhtar Javid “a symbol of love”. “He is the man of words and I congratulate Halqa e fikr O Funn for carrying his legacy,” he added. 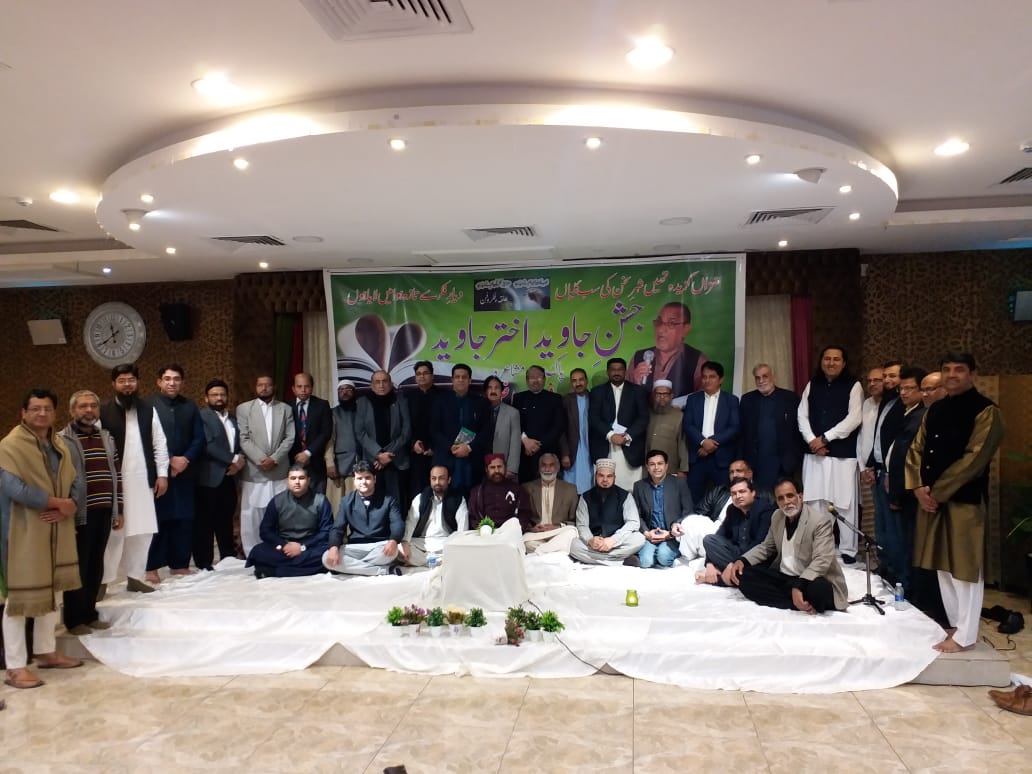 The Pak House banquet hall was nicely decorated with the traditional Mushaira decorum. Each participating poet regaled the audience and disseminate the sweetness of the poetry . The audience showed much encouragement for the poets and praised their presentation of poetry . 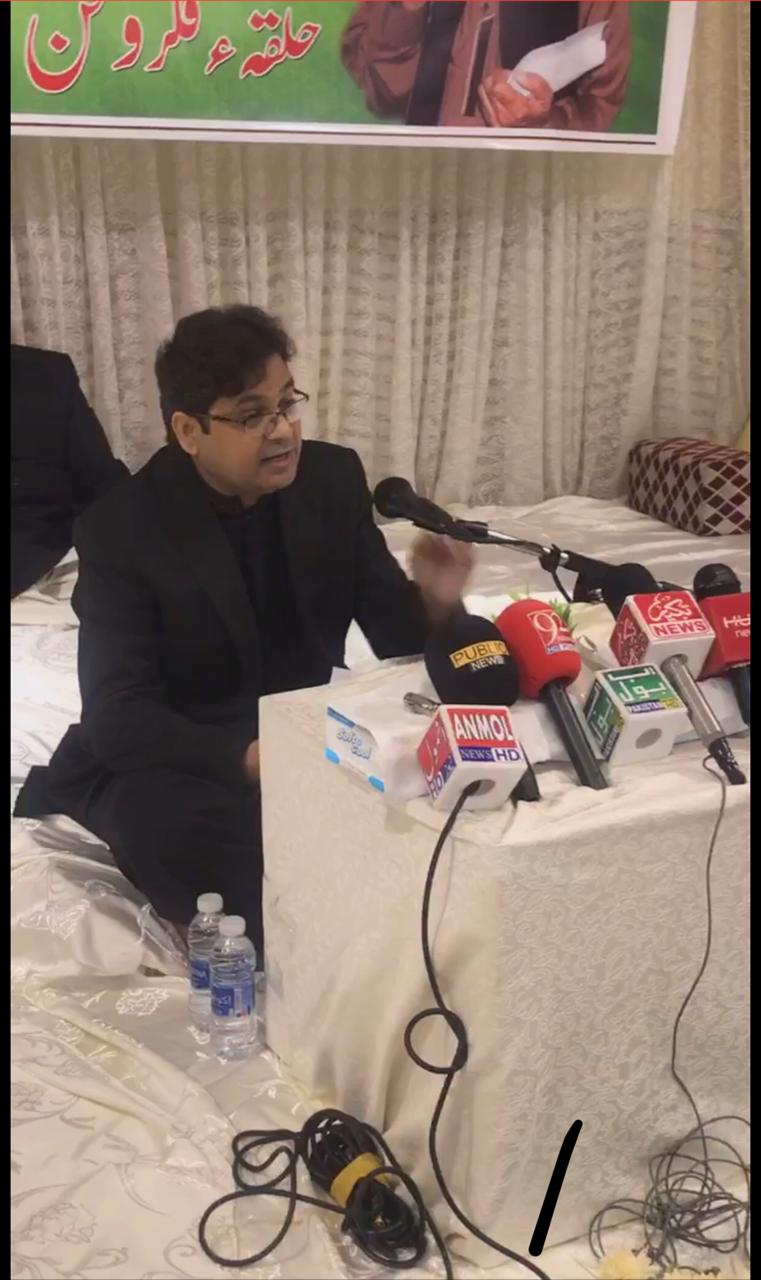 Prof Dr Mahmood Ahmed Bajwa declared the Mushaira as a successful one and congratulated the participating poets and praised the audience: “Mushaira is one of our cultural and literary tradition. We at Halqa-e-Fikr-o-Funn doing our every effort to keep and promote this tradition. Today’s Mushaira was one of the best in recent times, Javid Akhter Javid will always be remembered for his literary contributions in Saudi Arabia and for HFF. We pray for his long and healthy life,” Bajwa said. 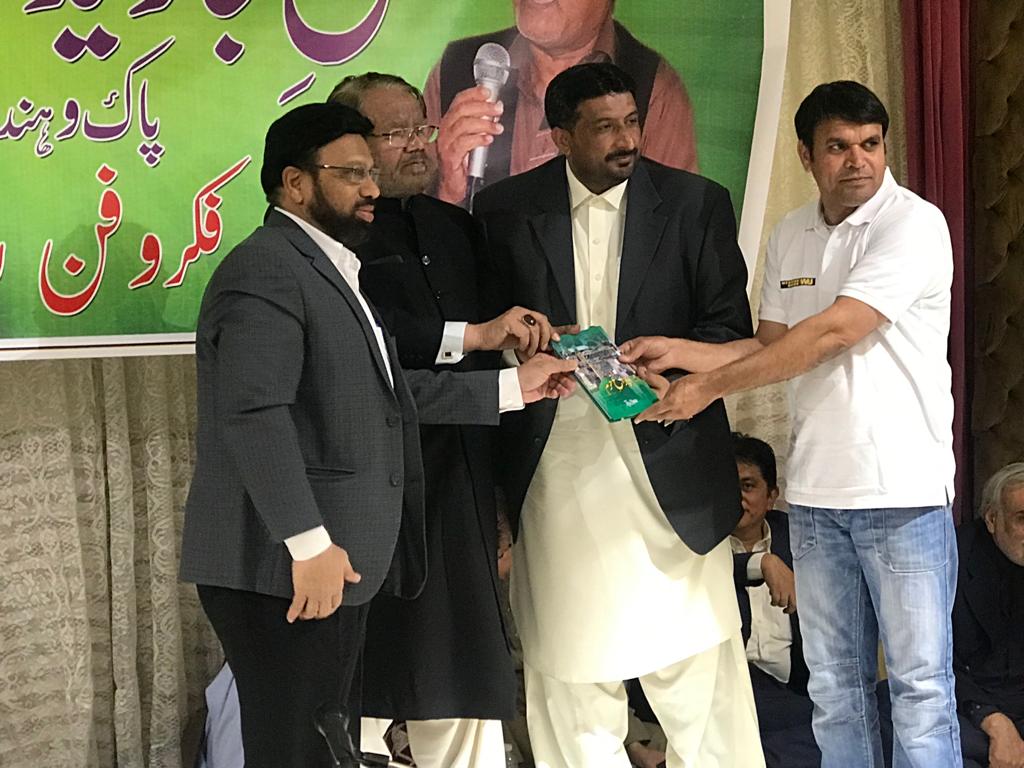 HFF senior Amin Tajir paid the vote of thanks: “We are so thankful to each one of you who attended the mushaira, especially the participating poets. Javid Akhter Javid lives in our hearts and we are always praying for the best of his health.”

The mushaira ended on prayers by Hafiz Abdul Waheed followed by a sumptuous dinner.