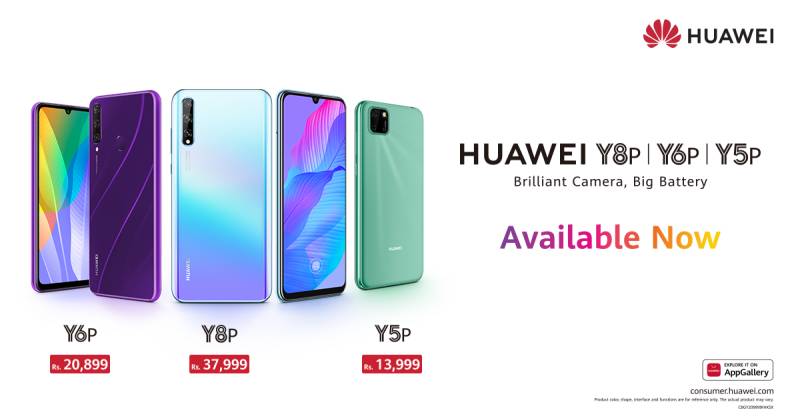 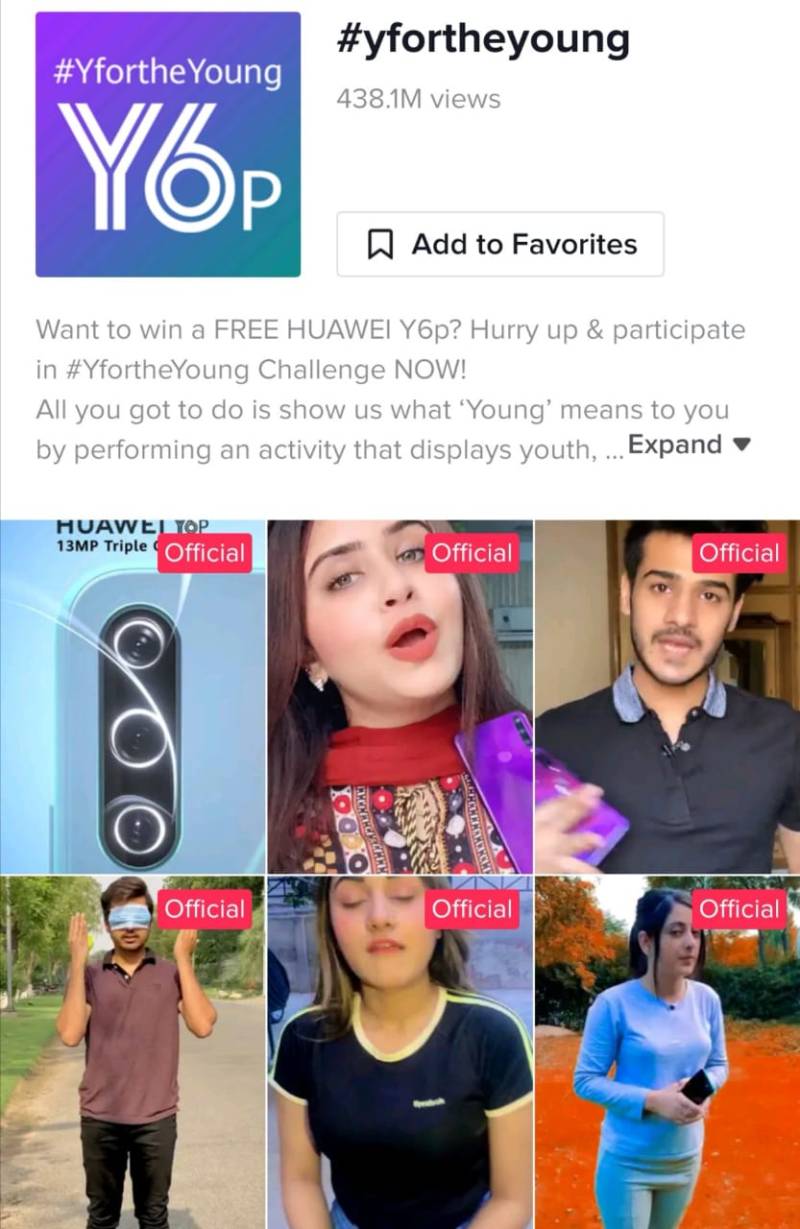 LAHORE - Huawei’s Y Series has always been hot and popular amongst youngsters for their promising features. This time around with HUAWEI Y6p, the company offered an incredible feature-packed smartphone for an attractive price tag of Rs20,899.

The device packs a 5,000 mAh battery, 13MP main camera, 3GB of RAM and a 6.3-inch HUAWEI Dewdrop Display – making it a sought-after choice in its price segment.

The HUAWEI Y6p did not just win hearts of consumers on the ground. Instead, a TikTok campaign for the HUAWEI Y6p garnered more than 430 million views and massive participation in the #YfortheYoung Challenge. The challenge was quite interesting as people posted their content about what it means to be young!

Pioneering the entry level segment, the HUAWEI Y Series is known to bring a fresh wave of incredible features for the most competitive prices accessible for everyone especially the youth of today.

One of the best things about having a massive battery is simply what more you can do with your smartphone because of it. With a 5,000 mAh battery to support, you can easily kick back to enjoy doing a lot more with your HUAWEI Y6p without having to worry about constantly having to recharge. This battery is large enough to provide up to 32 hours of video playback or even 20 hours of Internet surfing on a single charge.

It is further supported by the Huawei Power Saving mode to support more power. In addition to this, the HUAWEI Y6p can also function as a power bank to charge other devices and even act as a backup storage for other devices.

The HUAWEI Y6p does not shy away from photography either, thanks to its 13MP Triple Camera which consists of a 13MP main camera, a 5MP wide-angle camera and a 2MP depth camera. These three cameras work together to capture stunning photos be it low-light, wide angle or even with rich bokeh effects. Upfront the HUAWEI Y6p also packs an 8MP front camera with advanced beautification algorithms for gorgeous selfies.

Meanwhile, the HUAWEI Y6p comes with 3GB of RAM for smooth performance and 64GB of storage and apps, which can be expanded to 512GB with a micro SD card. Powering it all is the MTK Helio P22 octa-core processor, supported by EMUI 10.1 for all-round efficient performance and better user interface.