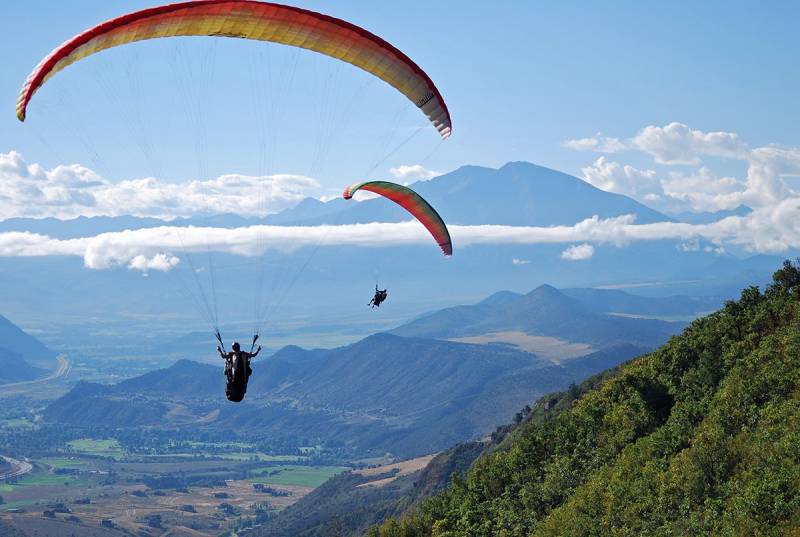 RAWALPINDI – A group of European adventure sportsmen have set a new record for paragliding at an altitude of 8,407 meters in northern Pakistan, the media wing of the country's military said on Tuesday.

The paragliders achieved the feat at Skardu's Baltoro Glacier, breaking the previous world record of 8157m, the Inter-Services Public Relations (ISPR) said in a statement.

They included a team of Kakul's Army School of Physical Training, according to the military's spokesman, who called it a moment of great pride of Pakistan.

"The six European paragliders were in Hunza and Skardu for the campaign since May 25, and were led by internationally renowned paraglider Antoine Girard," the statement said.

The team began their practice on the peaks of Hunza in June, with a mission to reach the said height through paragliding.

The military’s media wing said that "the skilled paragliders of ASPT also rehearsed with other members of the campaign during this time."

"The Army unit was led by Captain Ahsan, and was accompanied by Hawaldar Qasim and Muqeed," it added.

The team successfully paraglided from four different peaks located at heights of 5,000 metres to 6,000-metre.

"The earlier record in this regard was set at 8,157 metres from the ground level, also by Girard," ISPR said.

It is a matter of great pride that the record has been set on soil of Pakistan, said the statement.

"The foreign paragliders thanked the government of Pakistan and the Army for the facilities, security and other assistance for the campaign. The new world record has increased the fame of Pakistan's northern areas."