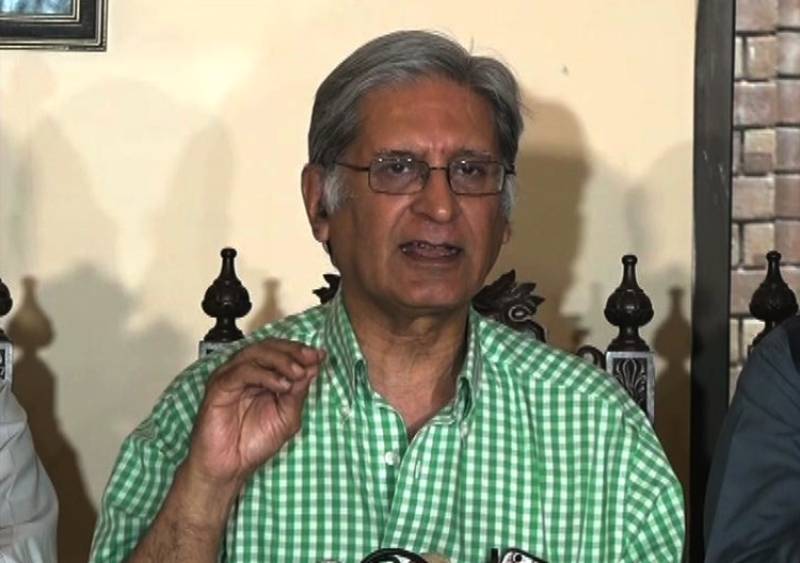 While addressing a press conference, he said: “Hussain Nawaz himself had revealed that the Sharif’s family owned four flats in London’s Mayfair locality, which amounted billions of rupees.”

“Whoever is named in the Panama leaks, should also have his family investigated,” he added.

Aitzaz claimed that the government did not want an investigation into the revelations of the Panama Papers.

PPP senator disclosed that the opposition had agreed on three out of the four terms of reference which were proposed by the government.

“A special law should be drafted against financial crime,” he said. “However, the government only wants to make laws which suit them.”

Pakistan Tehreek-e-Insaf (PTI) Vice Chairman Shah Mahmood Qureshi said that if the purpose of the Panama probe was to carry out an independent inquiry, then no one should be spared.

Awami Muslim League (AML) leader Sheikh Rasheed Ahmed said that the government should accept the Terms of Reference (TOR) proposed by the opposition if it wants democracy to prevail in the country.