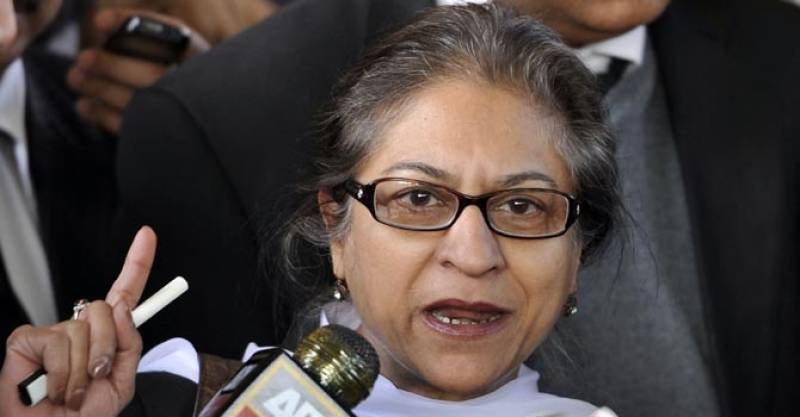 LAHORE - Legal associates of eminent lawyer and rights activist Asma Jahangir were manhandled and verbally abused by a team of one of the colleagues during a hearing on Monday in Lahore High Court (LHC).

The courts’ proceedings were forced to stop after a group of lawyers and supporters of advocate Maqsood Butter manhandled lawyer Usama Malik and hurled abuses at lawyer Noor Ejaz in the premises of court.

Asma has also been informed about the incident and she is making arrangements for the security of her team.

The next hearing will take place on Friday.

Asma Jahangir, who is out of the country also expressed serious concern over the manhandling of a young lawyer for pursuing a case against the influential lawyer.

She said that it is a pity that lawyers are obstructing justice, adding that "no amount of pressure from any quarter will deter me from representing women in distress."

“This has been my life’s mission and I will remain committed to it till my last breath,” she added.

Pity that those who were recognised as upholders of rule of law should obstruct justice. Threats have never and will not deter me

Civil society has strongly condemned the incident and said that a section of legal fraternity is trying to pressurise the court through their aggressive and abusive tactics hence obstructing justice and fair trial. They demanded immediate action against those displayed hooliganism and to charge them with contempt.