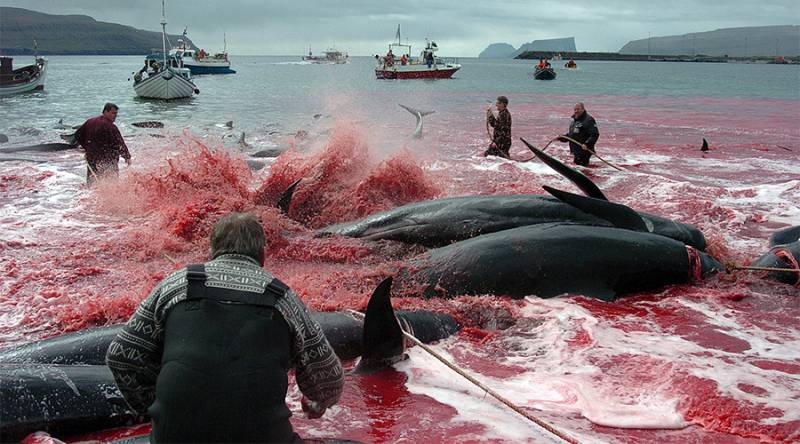 FAEROE ISLANDS - Faroe Islanders have launched their annual hunt, killing whales and dolphins by hand and turning the sea blood red in the process. The centuries-old slaughter has been slammed by activists across the world.

The process, known as Grindadráp, or Grind, involves dozens of pilot whales and dolphins being driven into shallow waters by fishermen in boats and dinghies each year.

From there, a group of people in the water and on the beach pull the mammals closer to shore, where they are killed by hand – a process which turns the waters into a sea of blood.

The meat and blubber are then distributed to residents.

The practice has long been criticized by activists, with People for the Ethical Treatment of Animals (PETA) saying it causes the mammals pain and fear.

The annual slaughter, which takes place between June and November each year, is believed to have begun around the time the Faroe Islands were settled more than 1,000 years ago. An average of 838 pilot whales and dolphins are killed by residents each year, according to a 2012 study.