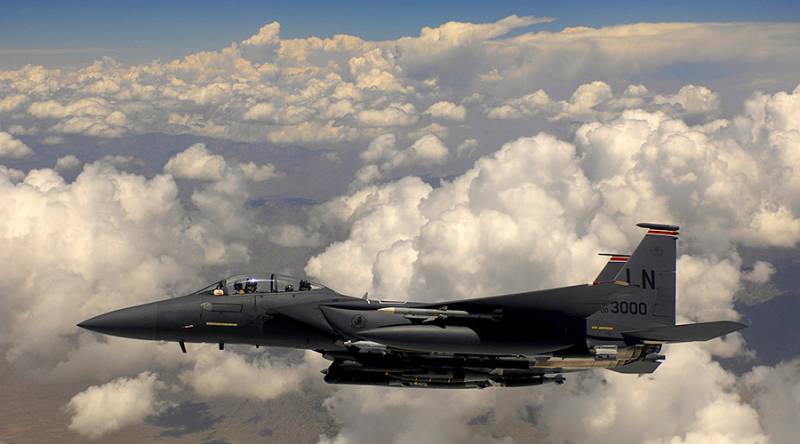 WASHINGTON - An Iranian-made drone was shot down by a US F-15 fighter jet in southern Syria, near At Tanf, the US-led coalition said. It is the fifth time in the past month the US has struck at forces allied with the Syrian government in the area.

An armed Shaheed-129 UAV “displayed hostile intent and advanced on Coalition forces” at 12:30 am local time on Tuesday, the coalition said in a statement. The drone was observed in the same area where another UAV was shot down on June 8.

.@CJTFOIR statement on the shooting down of an armed pro-regime drone in southern Syria pic.twitter.com/PbwKIOmmnt

Tanf is the town on Syrian border with Jordan where US troops are training Syrian rebels, officially described as “partner ground forces.”

The coalition “does not seek to fight Syrian regime, Russian, or pro-regime forces partnered with them, but will not hesitate to defend Coalition or partner forces from any threat,” the statement said.

On Sunday, US aircraft shot down a Syrian government jet that was bombing Islamic State (IS, formerly ISIS/ISIL) positions south of Raqqa, in eastern Syria.

In response, Russia announced its air defenses would track all coalition targets west of the Euphrates, and suspend the “deconfliction” hotline. Moscow has accused the US of not using the hotline to prevent the Raqqa incident.