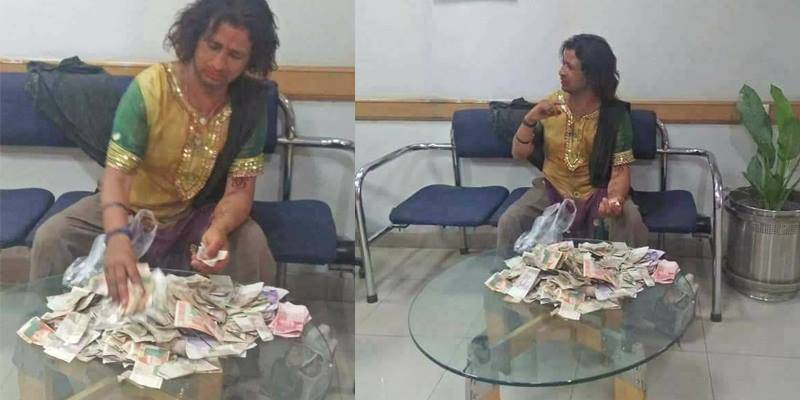 RAWALPINDI – A Pakistani beggar from twin cities was caught on camera depositing his Eid earings in a private bank.

The pictures of beggar got viral on Facebook and raised eyebrows of many people who work 9 to 5 to meet their expenses. 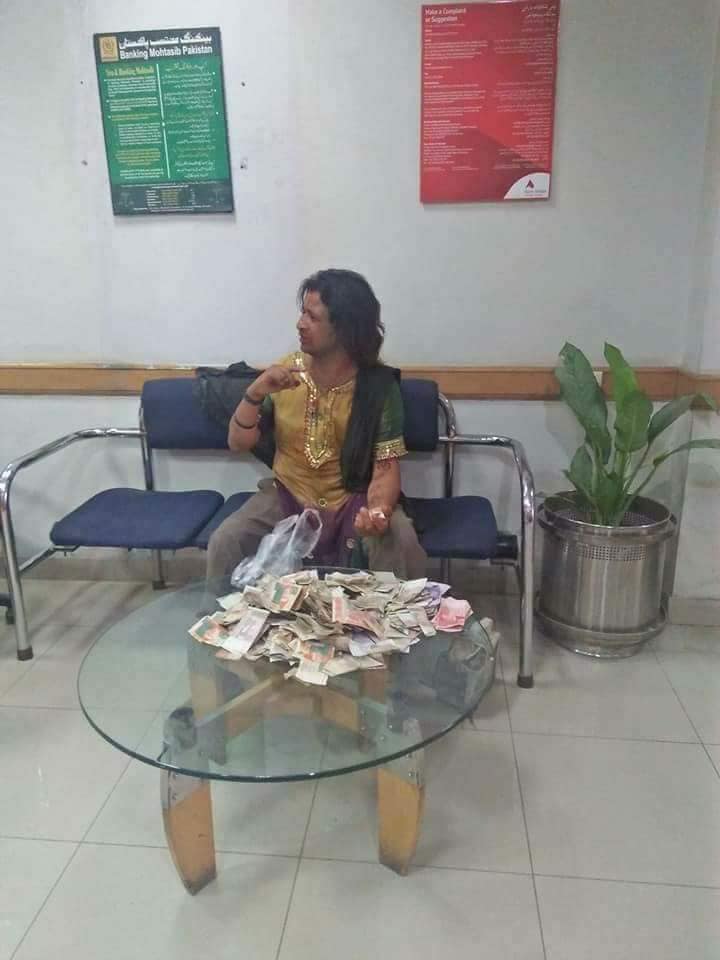 From the attire, the beggar looks like a transgender man and was seen carrying stash of currency notes to be submitted in one of the branches of a private Alfalah Bank. 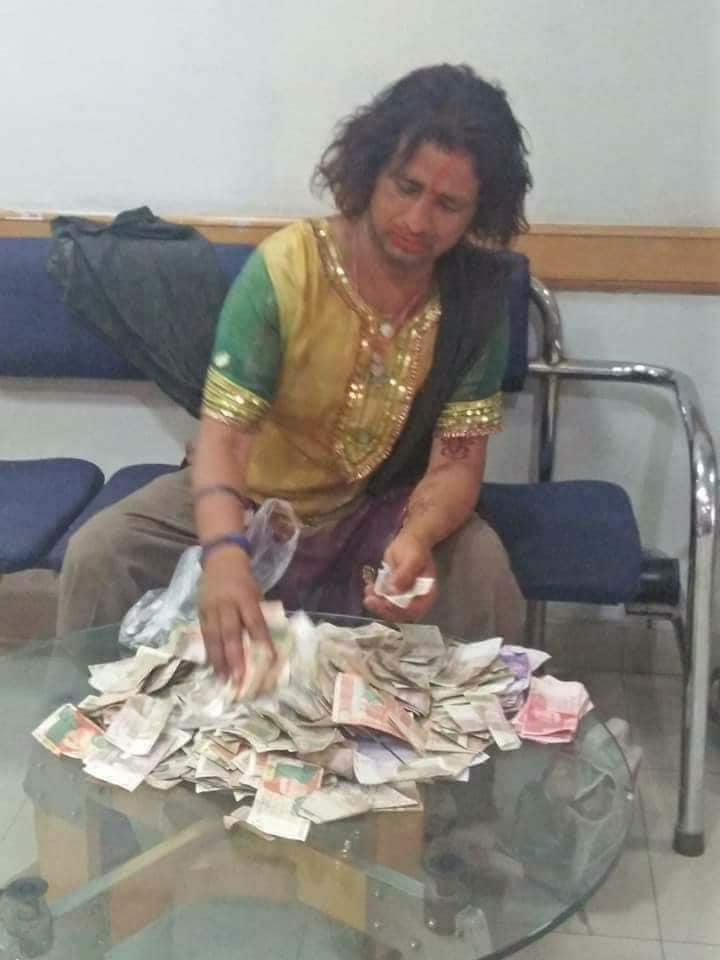 The beggar was probably able to receive that much amount of money because the faithful prefer to distribute huge sums of money as charity during Holy Month of Ramazan and on Eidul- Fitr.

DOHA – A middle-aged man started begging from fellow passengers in a Qatar Airways flight, a video of which went ...

Recently, a middle-aged Iranian man started begging from fellow passengers in a Qatar Airways flight, a video of which went viral on social media.