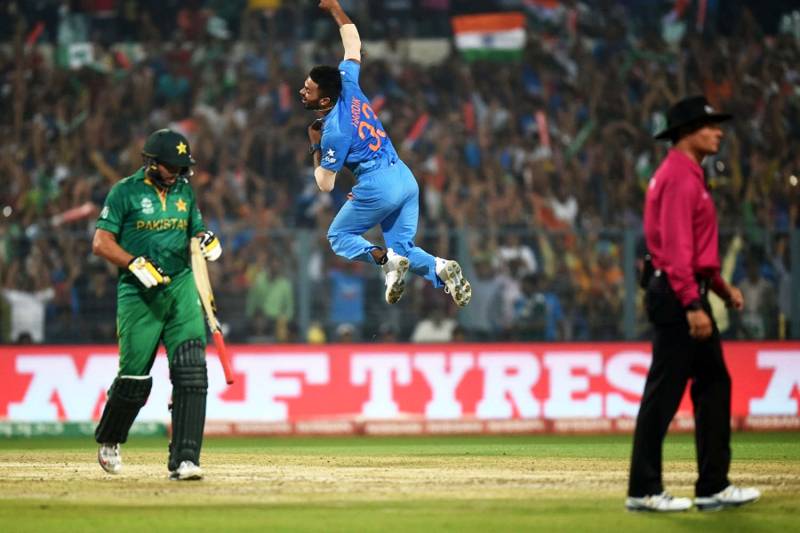 After months of planning, security concerns, change of venues, visa limitations and ticketing fiascos, the biggest day of the tournament arrived. The rain nearly played spoilsport, but the ground staff did an excellent job to restrict the contest to 18 overs.

I have attended around 7 World Cups (both T20s and 50 overs), but never had I ever seen so much hype and build-up before a Pakistan match. I have been in Kolkata for the past 3 days, and the only thing that the locals have been talking about is the India-Pak match. Thus, obtaining a ticket for the game was not easy, with tickets were being sold in the black market for reportedly Rs.50000.

Spectators were thoroughly checked 3 times – firstly at the channelizer, then at entry gate and lastly while entering the block. To compliment this, there were big guns on duty, reportedly 10,000 policemen – both in uniform and some disguised as civilians. Needless to say, I had never seen such levels of security in my lifetime. It took me about 45 minutes to enter the stadium. 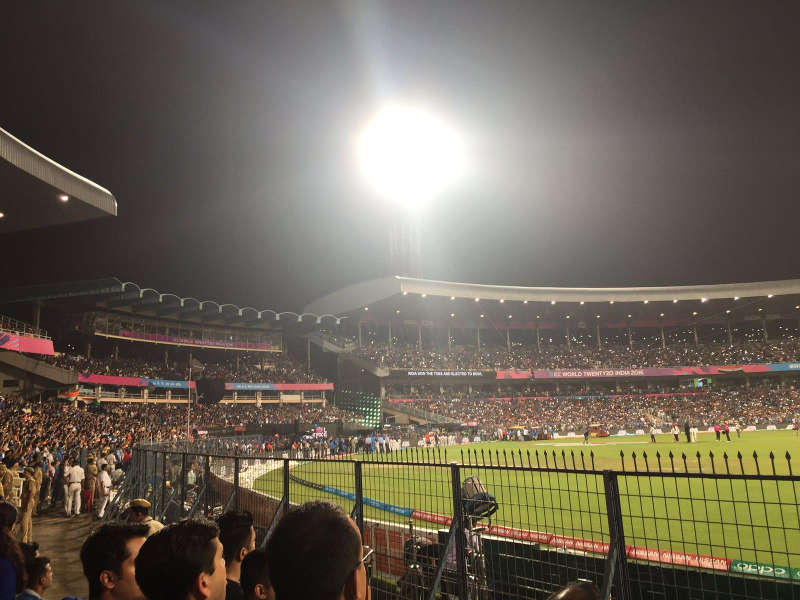 Watching a live game at Eden Gardens was a childhood dream, and the stadium did not disappoint. Pakistan have a fantastic record at this ground - not to forget that perhaps the greatest Pakistani ODI innings was also played on this ground: the story of Salim Malik’s 72* in 1987 is still very popular in the cricketing conversations I have with my Uncles.

The pitch used in the game will no doubt be a talking point for a few days. Irrespective of the result, I think the BCCI should have produced a more sporting wicket that offered more entertaining cricket. With a crowd of over 70000, one would have expected to see a fairer contest between bat and ball. The pitch in my opinion was not fit for a game of this scale. It doesn’t surprise me that India struggle overseas given that they continue produce such wickets at home.

Team selection and tactics is where Pakistan lost the game

There were 2 fatal errors made by Shahid Afridi in my opinion – both of which were pivotal in the outcome of the game.

Firstly it was obvious to me, having been in Kolkata for the past 3 days, that the pitch was going to take spin, yet it amazes me that the Pakistani team thought playing 4 seamers would be the way to go! Perhaps the weather foxed Pakistan into thinking that there would be some seam and swing movement, but as we saw from Ashwin’s initial overs, Pakistan completely misread the pitch. And more importantly, why change a winning team? Imad Wasim has been one of the better players on this tour, and dropping him at the 11th hour in this crunch game didn’t make sense. Additionally, not playing Nawaz was also a lost opportunity. It is almost criminal in India to select a side without a specialist spinner. Pakistan only played 2 part-time spinners on a burning track. Playing Nawaz might not have been a bad idea, especially as the Indians wouldn’t have seen him before.

Secondly, Afridi should not have batted himself at 3! Hafeez has been in scintillating form on this tour and is probably one of our best players of spin. Thus, it didn’t make any sense to hold him back until 8. Pakistan needed someone to hold the innings together like Virat Kohli did for India.

Despite the hype about Pakistan having the best bowling attack in the tournament, I am starting to worry a little with the form of some of our bowlers – in particular Wahab. Barring Amir, there is no standout performer. The Mohali pitch will offer more pace and bounce, thus it is imperative that Wahab (if selected) and Irfan rediscover their touch.

I am really don’t what to say about this guy. Like Javed Miandad was India’s nemesis, I think Kohli will be Pakistan’s for many years to come. The man has nerves of steel and made a difficult batting pitch look seamlessly easy. Pakistan must look to come-up with a solid plan against him in future games; otherwise they will be on the receiving end of many more defeats.

The atmosphere was incredible. Right from the facilitation of ex-cricketing legends to the national anthems – the fans didn’t let their voices and cheers drop. And as India came close to winning the game, the Indian voices unsurprisingly got louder. It took me around 2 hours to get back to my hotel (only 2km away from the ground), such was the traffic and frenzy outside the ground once India had won.

It was certainly the most electrifying atmosphere I have witnessed – a once in a lifetime experience.

One thing I'd change about the day

The ticket administration for the tournament has been appalling (to say the least). There was still a sea of fans outside the ground that couldn’t gain entry despite there being some empty seats. Additionally, it would have been good to have some more Pakistanis in the crowd (one can only wish)…

Given recent security concerns, I was having second thoughts about visiting India. However, the people of Kolkata have been extremely hospitable and have quashed any fears that were being spelt out by the media.

Pakistan’s dreadful record against India continued, but Pakistan must not lose focus of the bigger picture in this World Cup. We have 2 important games next week and we need to adapt our style of playing to conditions in Mohali quickly.

My message to the Pakistani fans and media – lets stay positive and keep encouraging our players despite this loss. This World Cup is far from over.