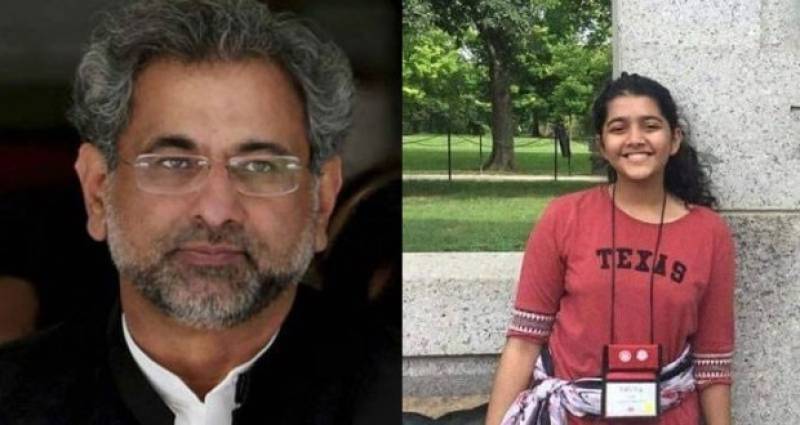 KARACHI - Prime Minister Shahid Khaqan Abbasi visited on Sunday the family of Pakistani student Sabika Sheikh who was killed in a school shooting in Texas, US.

The prime minister, who arrived in Karachi today on a one-day visit, was accompanied by Governor Sindh M Zubair upon his visit.

PM Abbasi extended his condolences to the bereaved family and said that the entire nation was saddened over Sabika’s demise.

The funeral prayers for Sabika Sheikh was held today after Namaz-e-Zuhr, a local mosque in Houston as well.

17-year-old Sabika Sheikh was killed during the Santa Fe high school shooting on Friday, one of the 10 victims who were mostly students.

A resident of Karachi’s Gulshan-e-Iqbal locality, Sheikh was studying in the US under the Kennedy-Lugar Youth Exchange and Study (YES) programme since August 21, 2017, and was due to return home next month.