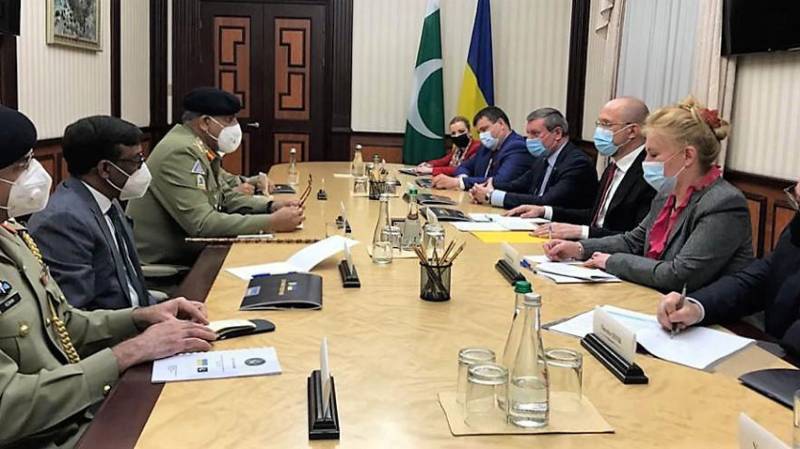 COAS, who is on an official visit to Ukraine, expressed his views during the visit of Cabinet of Ministers of Ukraine, where he held separate meetings with Shmyhal Denys, Prime Minister of Ukraine and Uruskyi Oleh, Deputy Prime Minister & Minister for Strategic Industries of Ukraine.

During the meetings, matters of mutual interest, regional security situation including recent developments in the Afghan Peace Process, and enhanced bilateral & defense cooperation in various fields were discussed.

Both dignitaries appreciated Pakistan’s contributions to conflict prevention in the region, especially the Afghan Peace Process.

On arrival at the Ministry of Defence, COAS was presented a Guard of Honour by a smartly turned-out military contingent.

Besides mutual and professional interests, matters of defense and security collaboration between both countries and the overall regional security situation were discussed, during the meetings.

The dignitaries appreciated Pakistan’s sincere efforts for bringing peace and stability to the region and reiterated Ukraine’s desire for enhancing bilateral cooperation in all domains.