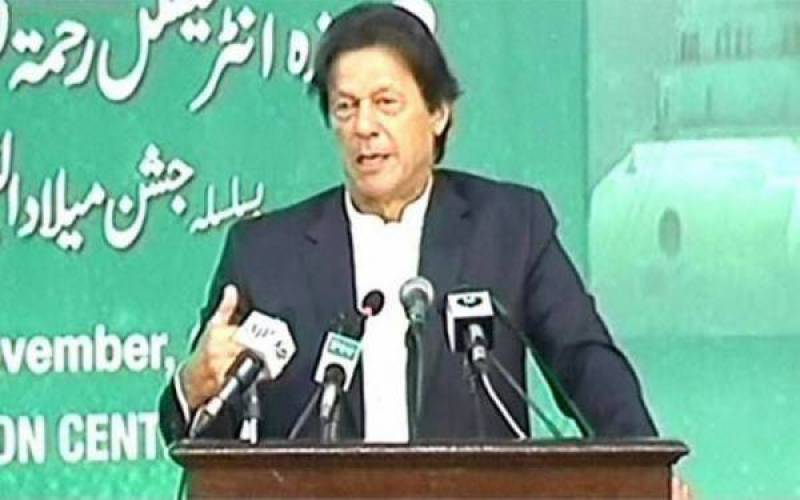 ISLAMABAD - Prime Minister Imran Khan on Tuesday, addressing the inaugural session of a two-day international Rehmatal-Lil-Aalameen Conference in Islamabad said that an international campaign will be launched to end defamation of

The conference is being held at Jinnah Convention Centre under the auspices of Ministry of Religious Affairs and Interfaith Harmony.

Topic of the conference is "finality of Prophethood and responsibilities of Muslims in light of the teachings of the Holy Prophet (PBUH).

The prime minister hailed the efforts of the organisers of the conference, which will continue for two days. President Arif Alvi will attend the closing session.

Emphasising on the study the life of the Prophet (PBUH), the premier said that government had directed the Higher Education Commission (HEC) to establish chairs in three universities for conducting research on the Prophet's life.

The people, who are unable to understand the Prophet's life, have now become guardians of Islam, he said.

"We should examine what it was that the Prophet did, that later led to the defeats of super powers at the hands of Muslims," Dawn new quoted the prime minister.

People, including Hindus, Sikhs and from other religions, visit the shrines of the great Muslim personalities to pay homage.

He said that Pakistan took up the matter pertaining to the blasphemous caricatures in the Organisation of Islamic Cooperation platform.

Later, he said, the European Union also admitted that freedom of expression could be not be used as a pretext for blasphemy.

He said Pakistan will lead an international campaign for a declaration to curb the defamation of religions, stating that Ahmer Bilal Sufi has been appointed to contact various countries in order to woo them to sign the declaration.

Ulema are shedding light on various aspects of the life and teachings of the Holy Prophet (PBUH).

Cash awards and certificates are also being given to 53 authors, whose books or articles were selected after a due process, in nine categories. These categories are Seerat and Naat Books in Urdu, English, Arabic, and regional languages of Pakistan.