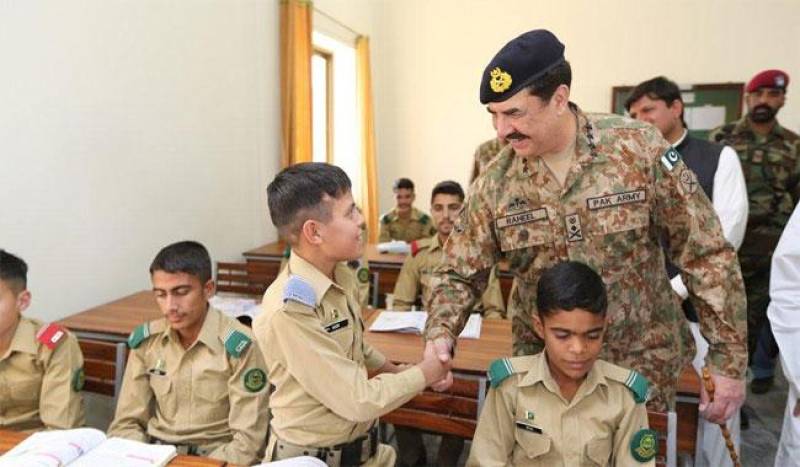 According to the statement issued by ISPR here Thursday, General Raheel Sharif while talking to the tribal elders and cadets said that the future of our country can only be secured through an educated and passionate youth.

“It is imperative for us to raise their potential to the optimal level so that they can measure up to the onerous challenges facing us today and awaiting us in the coming times”, he said.

The Army Chief said this cadet college is one of the series of quality institutions being built in all remote areas of FATA and rest of the country to hone our bright children. This initiative will go a great length in propelling the local youth into professional colleges and changing lives of their families.

Paying tributes to the Army and valiant tribes for defeating terrorists, clearing them from their hideouts and sacrificing while standing alongside each other, General Raheel said that the whole world recognises our contribution in fighting the terrorism menace and seeks to learn from our experience.

“Pak Army will continue to support the people of this area till completing the task of rehabilitation, reconstruction and complete transition to local civil administration”, he said.

COAS specially thanked the local tribes for donating land for the College and paid gratitude to UAE leadership for financing the project.-Online