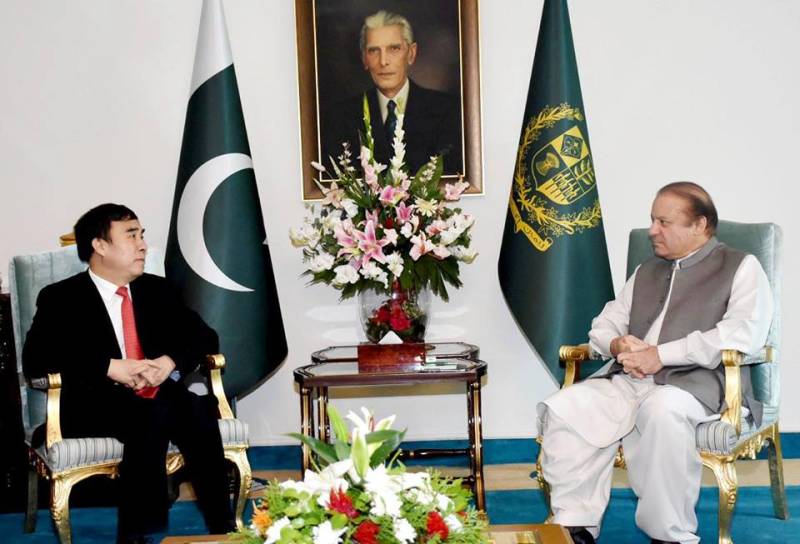 ISLAMABAD - Prime Minister Muhammad Nawaz Sharif on Wednesday said Pakistan and China have a shared future, with their all-weather relationship based upon shared principles and interests.

Talking to Chairman Board of Directors Bank of China Tian Guoli here at PM House, the Prime Minister mentioned China’s great support to Pakistan in sectors of security, trade and infrastructure development.

He mentioned that CPEC was a fusion of multiple development projects, aimed at the prosperity and well-being of citizens of the country and the region at large.

The Prime Minister said Pakistan had a vibrant banking system that had achieved high-level of profitability, improved liquidity and strong solvency position.

He said the banking sector grew at an impressive annual average growth rate over the last five years.

Nawaz Sharif said sound capital base, remarkable growth in assets and profitability and compliance with international standards poised Pakistan’s banking sector in a very competitive position in the region for investors.

He said foreign ownership in Pakistan’s banking sector had consistently and considerably increased, government of Pakistan had recently concluded $700 million financing agreement with China Development Bank which was the first such interaction with the Chinese banking industry.

Tian Guoli lauded the vision of the Prime Minister for putting the country on development path and turning around the economy.

Guoli said CPEC had huge economic benefits for the people of Pakistan and the region.