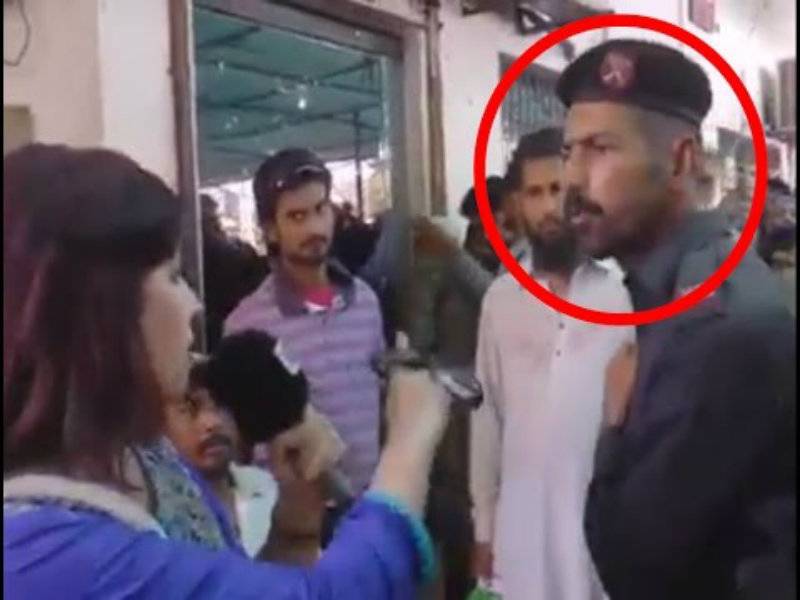 KARACHI (Web Desk) – A Frontier Constabulary (FC) trooper deployed as a guard at the NADRA office in Nazimabad area of the metropolis slapped a female reporter of a private TV channel.

As per details, a female reporter of a private TV channel K-21, who was doing a live programme about the problems faced by citizens at NADRA registration office and tried to speak to a guard, deployed outside the office.

The guard became furious and slapped the reporter.

Karachi Police registered a case after the video on social media which shows the female reporter being slapped by the FC guard has gone viral.

"Police have approached the FC authorities for seeking custody of the guard," SSP Central said.