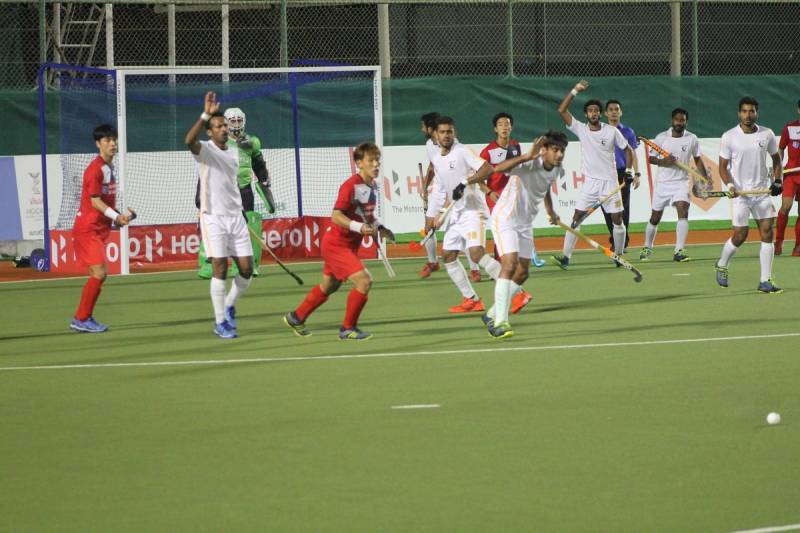 According to reports reaching here, the two champions dominated the possession throughout the match, had several circle penetrations, created quite a few chances and availed.

In the 12th minute, a delightful move starting from the own half saw the ball passed superbly and Umar Bhutta laid it in the path of Ajaz Ahmad in front of goal who easily put it in.

Similarly, in the 18th minute, some excellent passing inside the circle saw Umar Bhutta attempt saved superbly by the goalkeeper but Bhutta availed the rebound in a flash of an eye.

Though Korea did better in the third quarter still Pakistan had more of the play. They made meaningful raids and in the 42nd minute, Rizwan Sr stepped aside two defenders and his terrific top of the circle carpet hit went through the goal keeper's pads.

In the 51st minute, a brilliant Korean play made the match alive. An excellent angular backhander from circle's left side reached an unmarked Kim Hyeoinjgin in a good spot who made it 1-3 Pakistan will play arch-rivals India Saturday at the same venue.(PR)