Pakistan trying to enlist Saudi support instead of IMF bailout 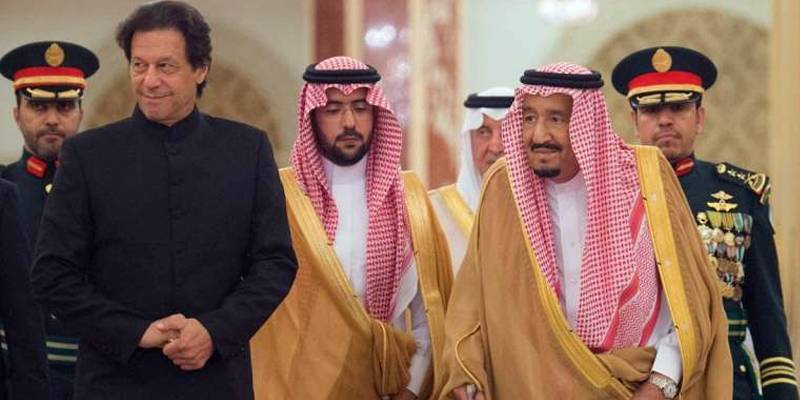 ISLAMABAD - The spokesperson of the government on economy and energy issues, Dr Farrukh Saleem has said that the government was doing its best to avoid going to the International Monetary Fund (IMF) and instead reaching out to Saudi Arabia, China and other Gulf countries to increase its forex reserves.

In an interview to a private television channel, the spokesperson said Prime Minister Imran Khan' s visit to Saudi Arabia was a positive step in the right direction and it would be highly beneficial for our national and economic interests.

Disclosing that PM Imran will visit Riyadh on October 23 on the special invitation of Saudi King Salman to participate in the three-day 'Future Investment Initiative' conference, Saleem underscored that reaching out to friendly countries for the assistance might be a better option than resorting to the IMF.

ISLAMABAD - Prime Minister Imran Khan will travel to Saudi Arabia on October 23 to attend an investment conference in ...

The analysts stressed that the PM's visit would be very productive and in the best interest of the country and no one should make an issue out of it.

Pakistan desired peaceful ties with all its neighbouring countries, however, these ties must be based on mutual respect and equality, he observed.

The economic expert said the incumbent regime was trying to open other avenues so that both countries can have closer ties, increase economic cooperation and have Saudi companies invest in Pakistan.

The spokesperson said that Pakistan enjoyed a special status in the Muslim world and it was pleasing that the holy kingdom would further develop its relationship with it during the tenure of the new Pakistani government.