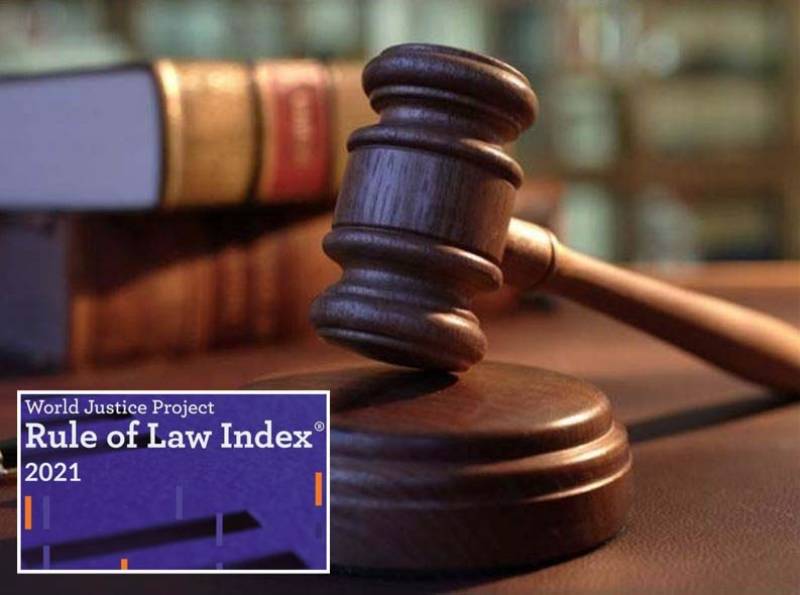 ISLAMABAD – Pakistan has slipped 10 places to 130th position in the Rule of Law Index 2021 global ranking, as the report shows the South Asian country doing badly in the areas of corruption, fundamental rights, order, and security.

The report of the World Justice Project shows Pakistan among the lowest-ranked countries in its adherence to the rule of law [130th out of 139 nations].

The country of around 221 million is only ahead of Afghanistan in the regional ranking. Pakistan managed a poor 0.39 score, in the range from 0 to 1, with 1 indicating the strongest adherence to the rule of law. 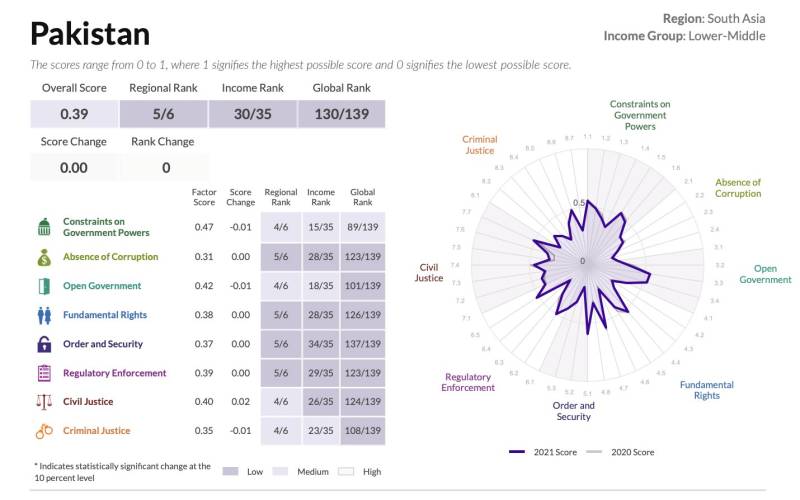 Meanwhile, the country is among the three worst in respect to order and security, listed at 137 while it stands at the 124th, 123rd, 126th and 123rd position in civil justice, regulatory enforcement, fundamental rights, and corruption, respectively.

Pakistan is in the fourth position out of a total of six regional countries assessed in the area of the criminal justice system, civil justice, open government, and constraints on government powers.

ISLAMABAD – Prime Minister Imran Khan said on Tuesday the dream of true democracy and prosperity will not be ...