Rule of law must for true democracy, says PM Imran at Rematul-lil-Aalameen Conference 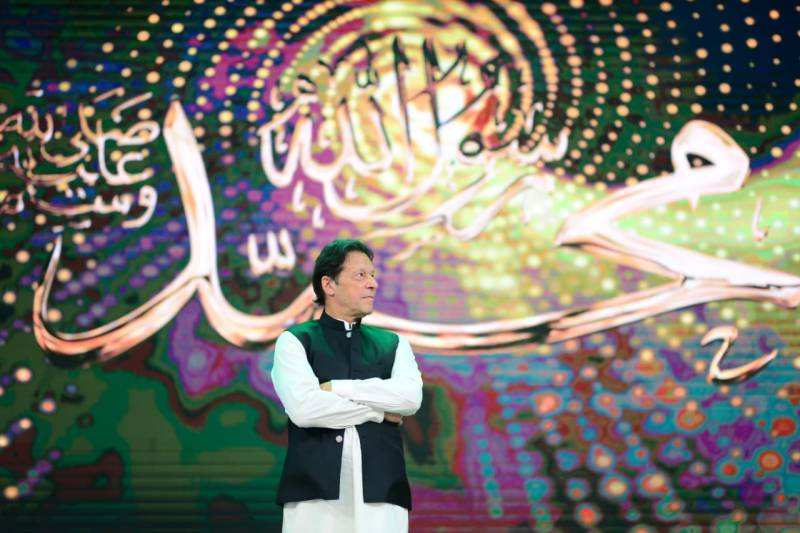 ISLAMABAD – Prime Minister Imran Khan said on Tuesday the dream of true democracy and prosperity will not be materialized without upholding rule of law and bringing the powerful under the law.

Addressing the concluding session of the two-day National Rematul-lil-Aalameen Conference in Islamabad, he asserted that Pakistan will have to follow the principles of morality, rule of law, humanity, and meritocracy as set by the Holy Prophet (Peace Be Upon Him) to form an ideal welfare Islamic country.

“We will have to follow the principles of the Holy Prophet if we want to emerge as a great nation,” the premier said.

He vowed to establish exemplary rule of law in the country, adding: “I will fight the fight of justice till my last breath”.

He highlighted that Islam ensures rights to every segment of life, including women, slaves, and elderly.

He said that Holy Prophet is role model for Muslims and we can become successful by following His Sunnah, state broadcaster reported.

Highlighting the main features of Rehmatul-lil-Aalameen Authority, the Prime Minister said it will comprise an international cell to give a calculated response to any Islamophobic incident in the western world.

Efforts are being made to make the country a welfare state, the premier said, adding that a programme under the Ehsas initiative will be launched next month to provide targeted subsidy on essential commodities to the marginalized communities.