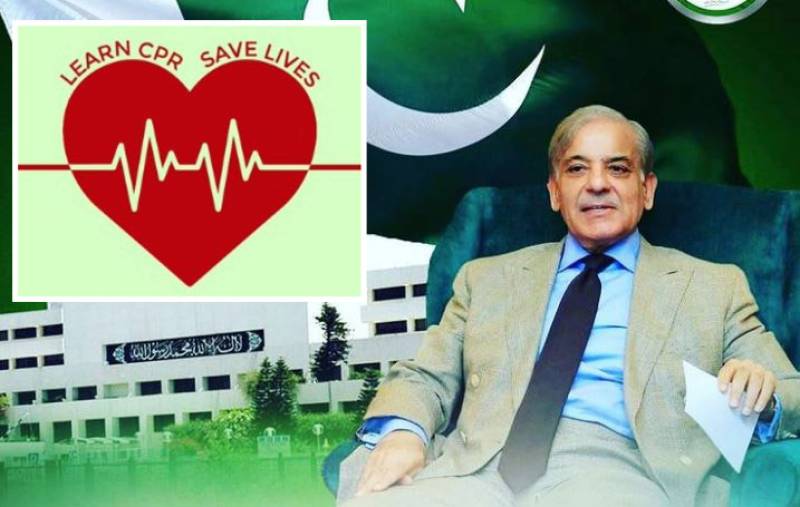 Sufi mentioned that a Cardiopulmonary resuscitation training programme of international standards will help save the lives of people.

CPR has saved countless lives around the world at places where immediate medical assistance is limited.

Let's learn & be a responsible citizen

During the campaign, the live-saving technique including chest compressions often combined with artificial ventilation will be added to the curriculum at the school level besides training every citizen during the nationwide campaign.

He further added that an action plan for the training drive will be announced in the coming week, adding that the premier will announce a reform programme in the health sector in coming days.

PM announced the initiative days after a lady doctor and her husband saved the life of a teenage boy who fell in a lake in Gilgit-Baltistan while saving his uncle from drowning.

In the viral clip, the Multan-based physicians gave mouth-to-mouth and CPR to the boy who regains consciousness shortly.

Police in the US state of California have decided to award a young Pakistani for saving the life of a 72-year-old ...