Japan is a close friend and partner of Pakistan in its growth: PM 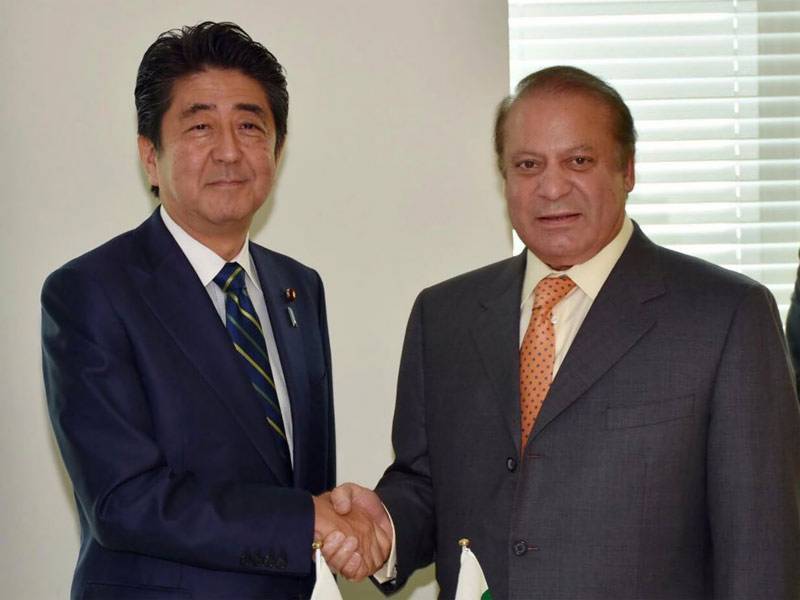 NEW YORK - Prime Minister Nawaz Sharif says Japan is a close friend and partner of Pakistan in its development.

He stated this in a meeting with Japanese Prime Minister Shinzo Abe who called on him in New York on Tuesday.

Prime Minister apprised him about efforts of Pakistan against terrorism and extremism in the country.

He urged Japan to impress upon India to strop persecution in held valley and play its role for granting Kashmiris their right to self-determination as per UN resolutions.

About Afghanistan , Prime Minister said stable and prosperous Afghanistan is in the interest of Pakistan.

Japanese Prime Minister said there is a need to improve and broaden relations between Pakistan and Afghanistan.

He said economy of the country is progressing and efforts are being made to get self-sufficiency in energy requirements.

He said Japan is the largest trade partner of Pakistan and bilateral trade volume of should be enhanced.