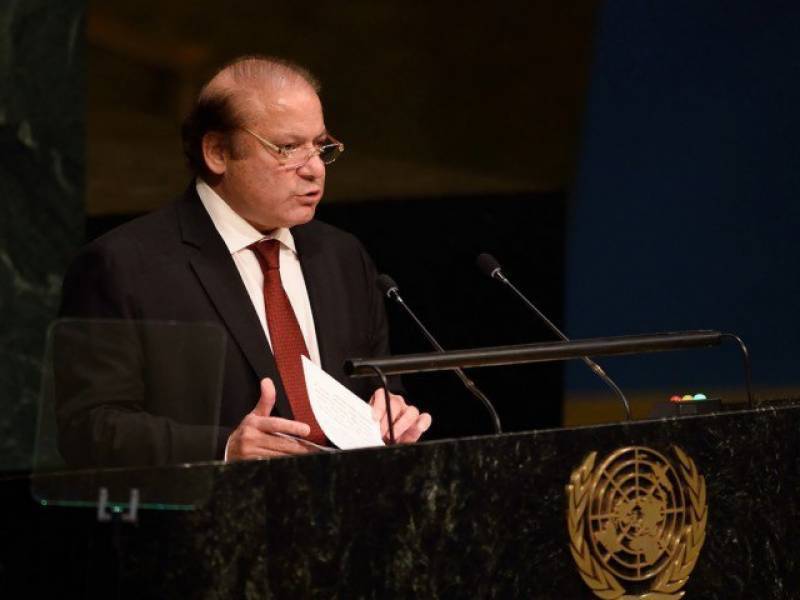 Addressing the UN General Assembly, PM criticized the International community for not providing Pakistan with ample resources to deal with the refugee situation in Pakistan.

“Despite our modest resources, the people of Pakistan opened their hearts to their Afghan brothers and sisters. While financial support from the international community has waned, Pakistan’s hospitality has not.”

He asked the international community to step forward and provide necessary resources to UNHCR in a timely manner, to support the sustainable return and reintegration of the Afghan refugees. PM Sharif also put great emphasis on the refugee crisis around the world.

Nawaz Sharif underscored the need for addressing the root causes of ongoing large-scale displacement and forced migration to ensure that the people fleeing their homes do not become victims of xenophobic attitudes and political expediency.

“Unless we resolutely put out the fires that have caused so much suffering, we will not be able to find a long-term solution to this crisis,” he said.

“People have been fleeing from desperate conditions of conflict, war or poverty. These hapless people on the move deserve compassion and humane treatment.” PM said. “We are taking a momentous step today. By adopting the ‘New York Declaration for Refugees and Migrants’, we are reaffirming our commitment to refugee and migrant communities across the world,” He added.

“The challenge now is to translate this noble initiative into reality.”

Referring to the plight caused by the large influx of refugees and migrants to Europe, PM said “It is the developing countries, including Pakistan, that continue to be at the forefront of bearing the burden of large-scale global human displacements.”

He said many of these protracted displacement situations have created complex political, socio-economic, security and environmental challenges for host countries and local communities.

Prime Minister urged the international community to forge a comprehensive global compact on the large-scale movement of refugees and migrants; a compact based on fair and equitable burden sharing; that aims to ensure that the displaced do not become victims of xenophobic attitudes and political expediency; a compact that provides greater avenues for legal migration; and takes a holistic view of the situation.