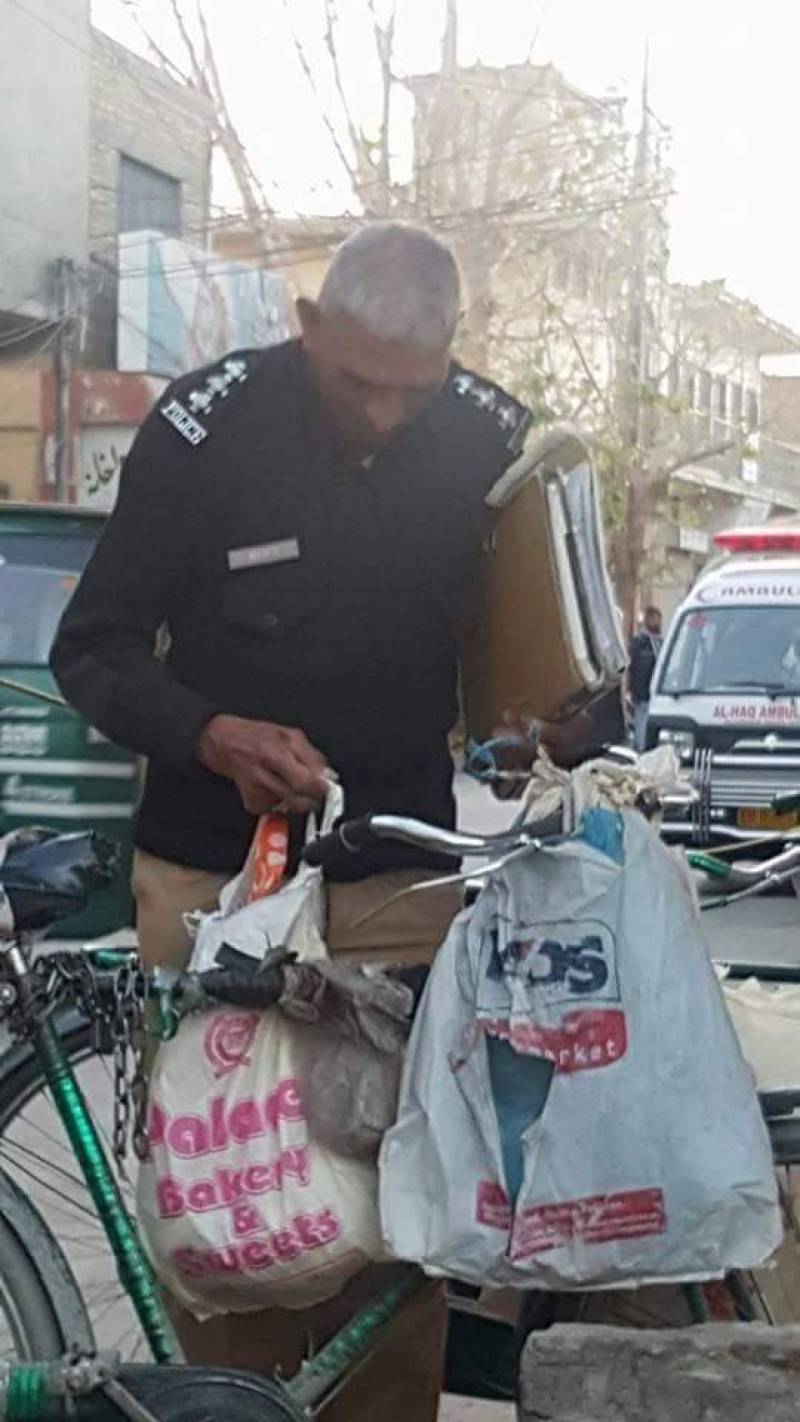 QUETTA (Web Desk) - A startling photo of a police officer is making rounds on social media depicting the officer using a bicycle for his everyday routine.

The Station House Officer reportedly hails from Quetta city of Baluchistan and his modest lifestyle received applause from every quarter of life. 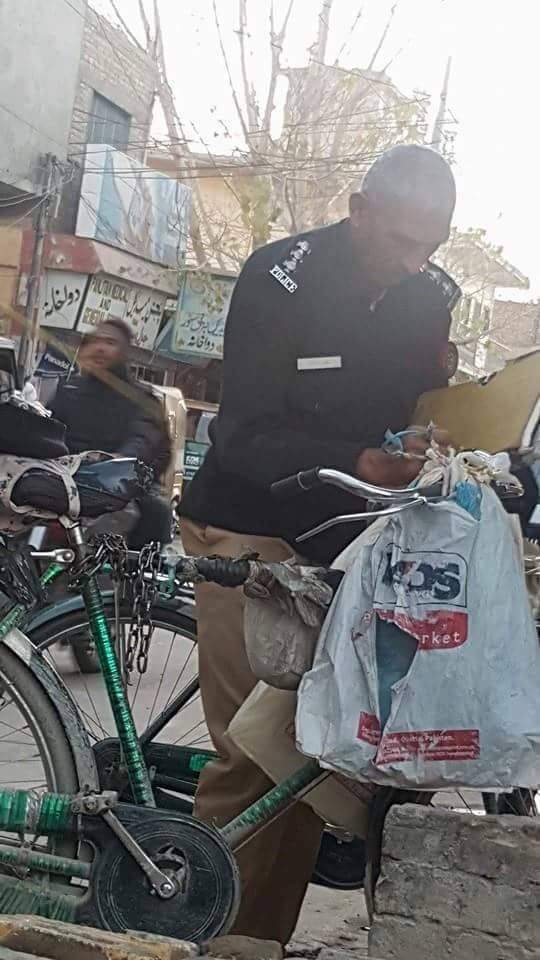 Although the department of police is ranked among top corrupt departments in the country but the above-mentioned officer is defying the trend of bribery and corrupt practices.

The social media users are paying tribute to the Inspector who preferred an honest, humble lifestyle despite having excessive authority to mint money illegally.