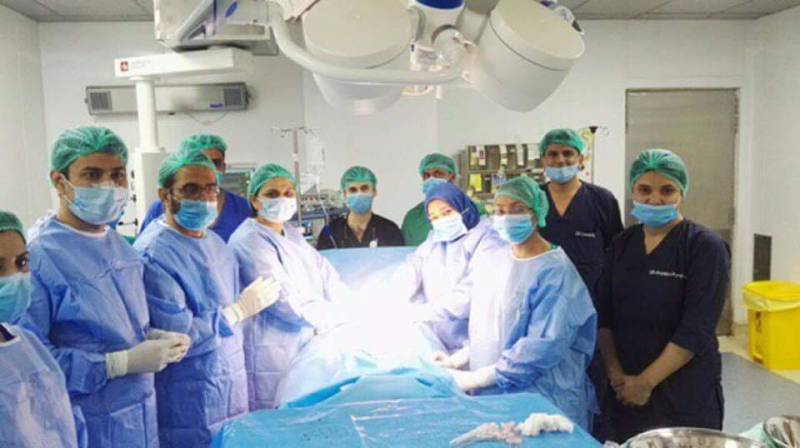 Lahore - The first two bone marrow transplantation procedures were carried out successfully on Tuesday, in Children’s Hospital, making it the first public sector hospital to carry out this procedure.

Dean Children’s Hospital, Prof. Masood Sadiq and Medical Director, Prof. Ahsan Waheed Rathore in a press conference at hospital told media about the successful transplantation of Bone Marrow in two children i.e. Bilal and Aashir of age two and four years, respectively. According to the hospital authorities, the donation was done by the patients' respective sisters and both donors and receivers are in stable condition.

In his talk to media, Prof. Ahsan waheed credited Chief Minister Shahbaz Sharif for taking personal interest in the project and making it happen despite all the difficulties.

Dr. Tahir Shamsi, the pioneer of Bone Marrow Transplant in Pakistan and Project Director of BMT at Children’s Hospital, Lahore, said that the procedure was carried out after tissue matching of sibling. 200-250ml Bone marrow was obtained from donors after giving anesthesia and was infused into the recipient patients. The patients have been kept in an infection-free atmosphere for seven to eight weeks, he further added.

Dr. Tahir Shamsi, while commenting on the success rate of procedure, said that the success rate of the procedure is 70% around the world. According to Dr. Shamsi, 2,000 Bone Marrow Transplant procedures have been carried out in private sector; however, the introduction of BMT in public sector will revolutionize the health sector.

The struggle to bring BMT facility was started, 14 years ago by Ammara Farooq Malik, after she suffered because her daughter ‘Amal’ needed a bone marrow transplant. Mrs. Farooq after realizing the lacks of facilities for Thalassemia patients started ‘Seplaa Foundation’ to raise awareness and bring the facility to Pakistan’s public health sector.

The unpaid struggle of a mother is being paid off as hundreds of mothers are given hope that their children will have a shot at a fight against Thalassemia.